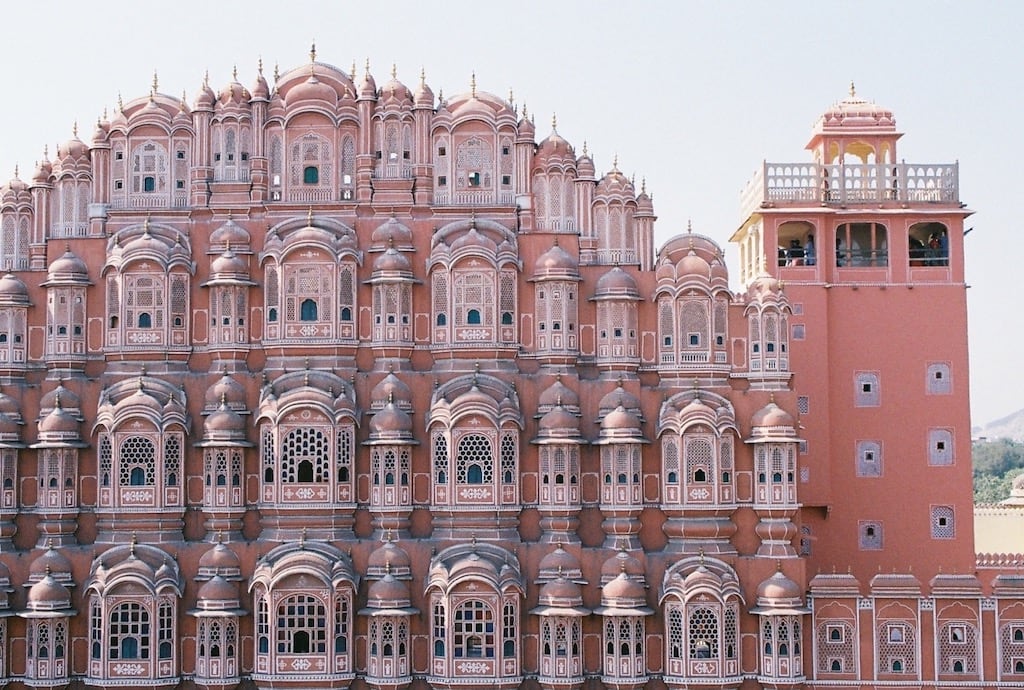 Until the most recent time that I visited Jaipur, I really didn’t like it; I described Jaipur as being more chaotic than most other Indian cities, yet having none of the charm. Despite the fact that I didn’t like Jaipur, I kept on visiting because I often fly into India via Jaipur – I’ve now visited three or four times.

Jaipur is the capital city of the state of Rajasthan, and is the tenth most populated city in all of India. With a population of 3.1 million, it’s not quaint or charming like Udaipur or Pushkar. Instead, the air pollution is noticeable and it can take an outrageously long time to travel even small distances due to the ever-present traffic jams.

Having said this, Jaipur has some really amazing architectural sights, and it’s worth spending a day or two if you have the time. 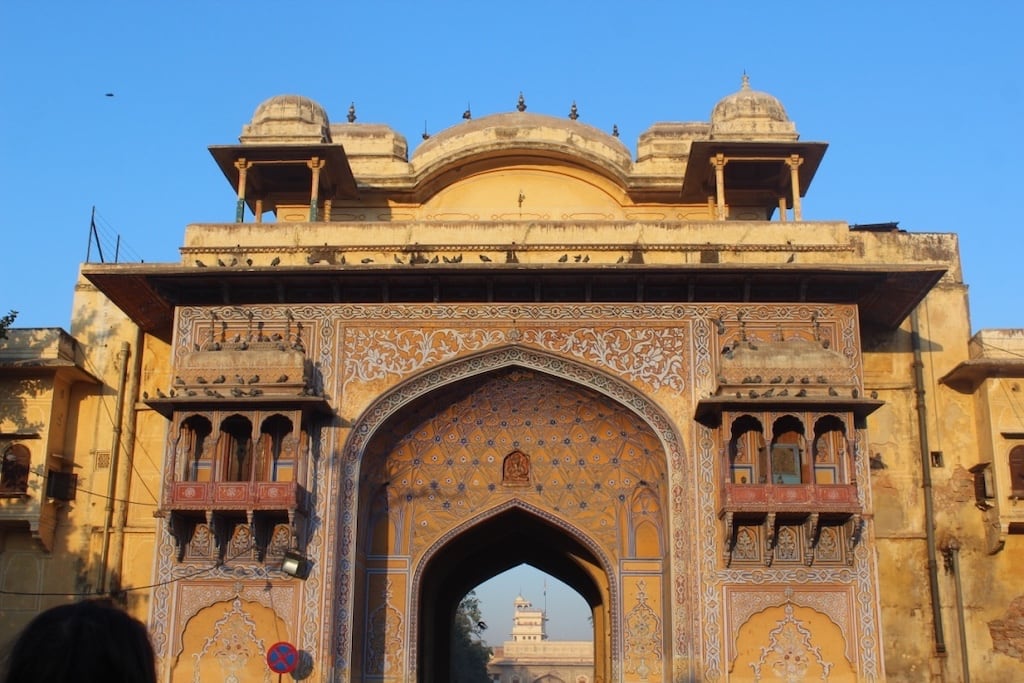 My favourite things to do in Jaipur

Amber Fort is the most popular attraction in Jaipur and by far my favourite sight to visit. It’s located in a town called Amer, 11km from Jaipur. The fort is built high on a hill, overlooking Maota Lake and the road below. Amber Fort is huge, but by the middle of the day, it’s totally crowded with tourists. It’s open from 8am, and to beat the crowds and heat I’d definitely advise visiting at opening time. Tickets cost 550 rupees (~$11AUD), but there is a discounted rate for students – 100 rupees (~$2AUD) – although you’ll need to show your student card as proof. 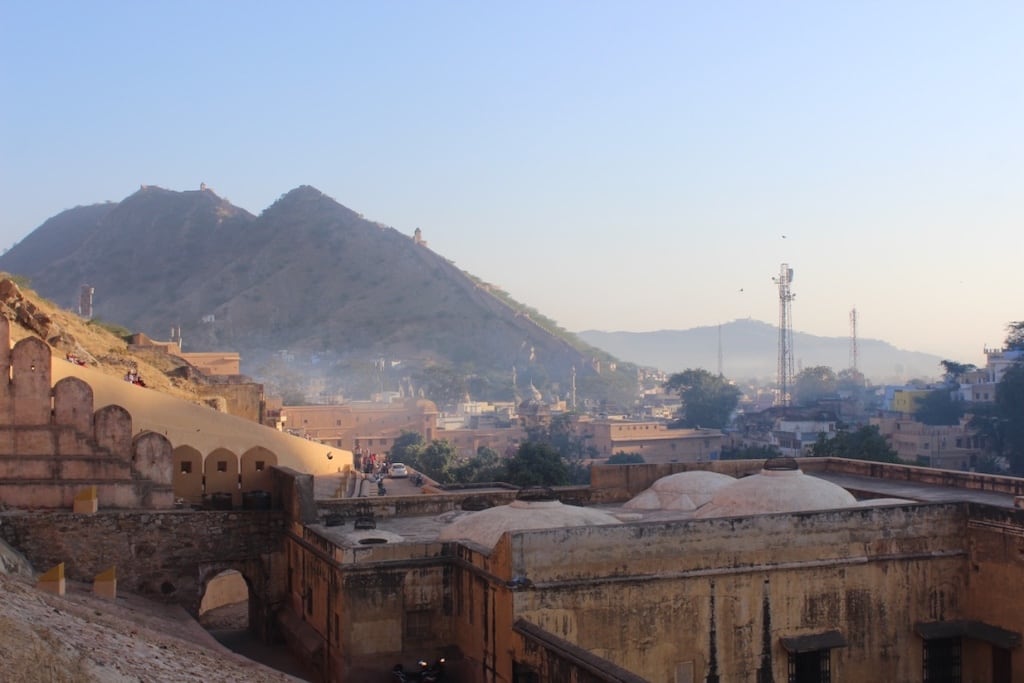 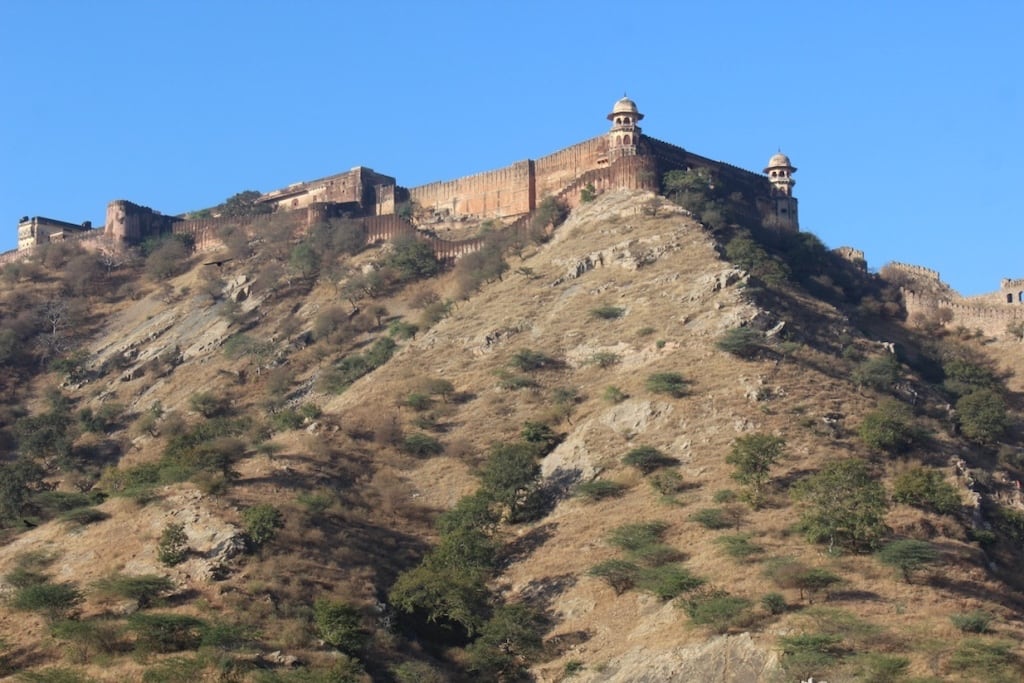 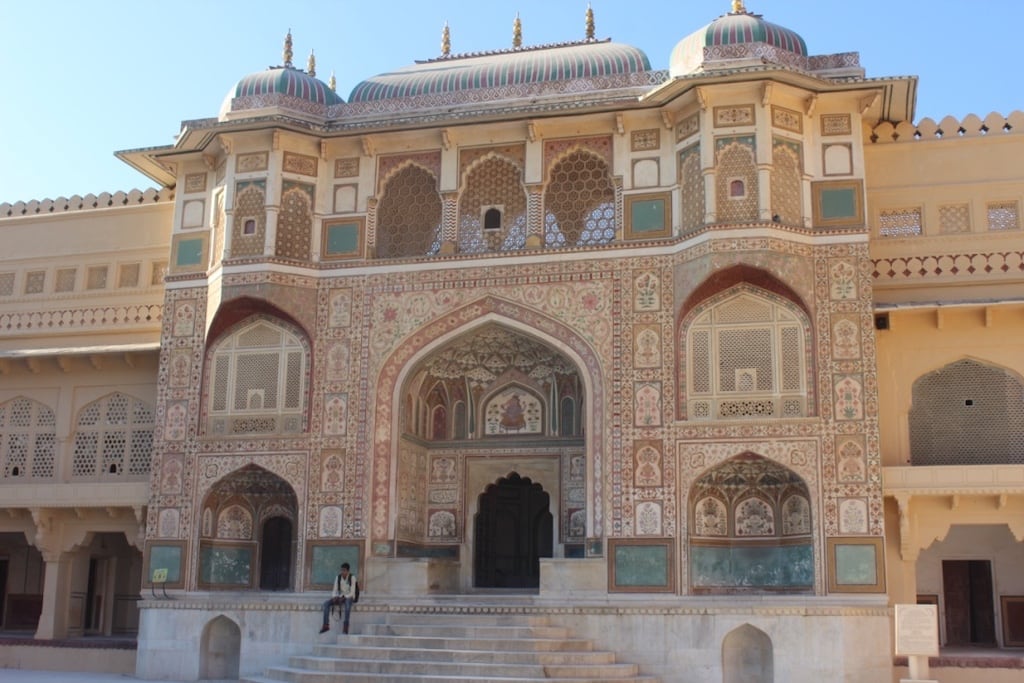 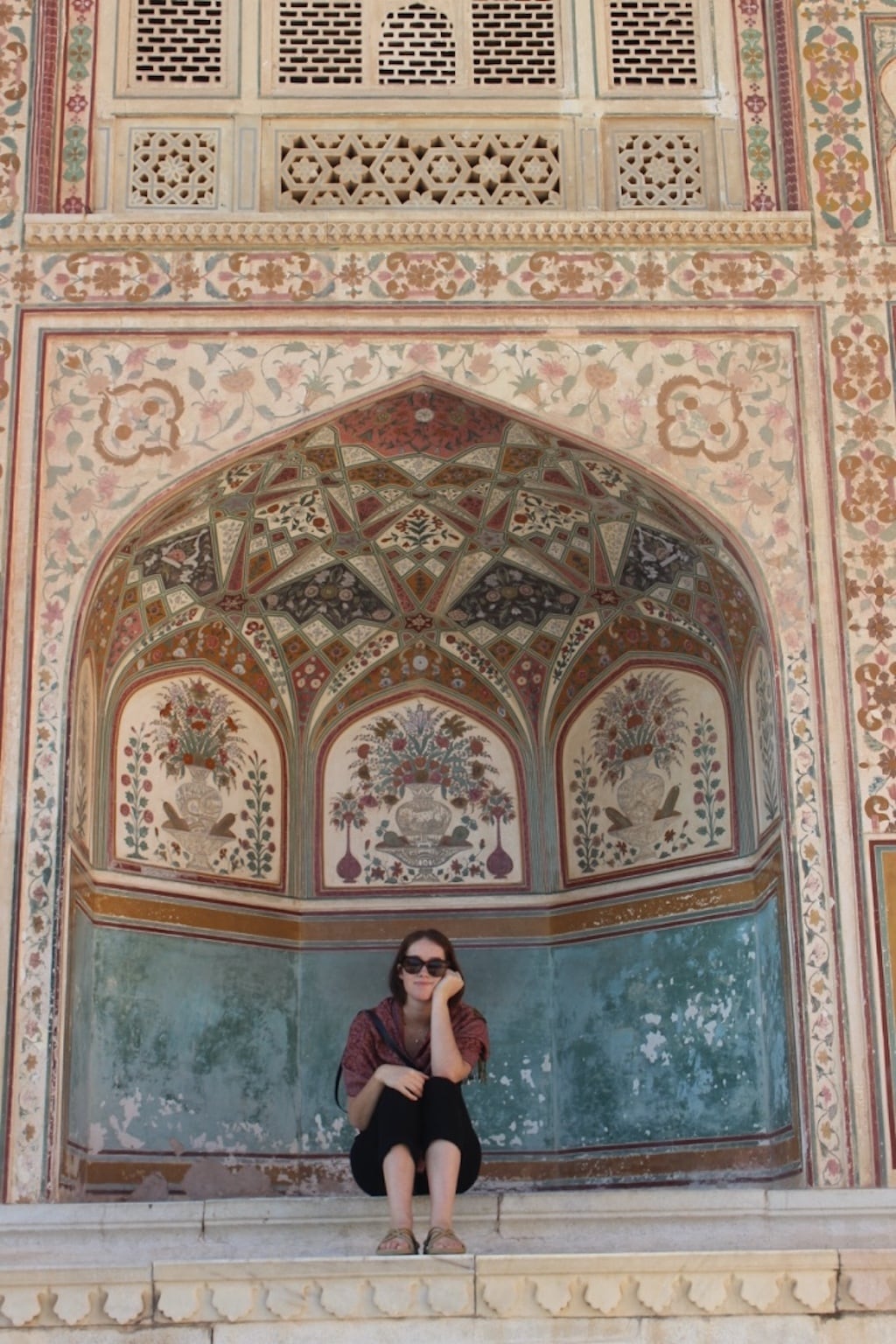 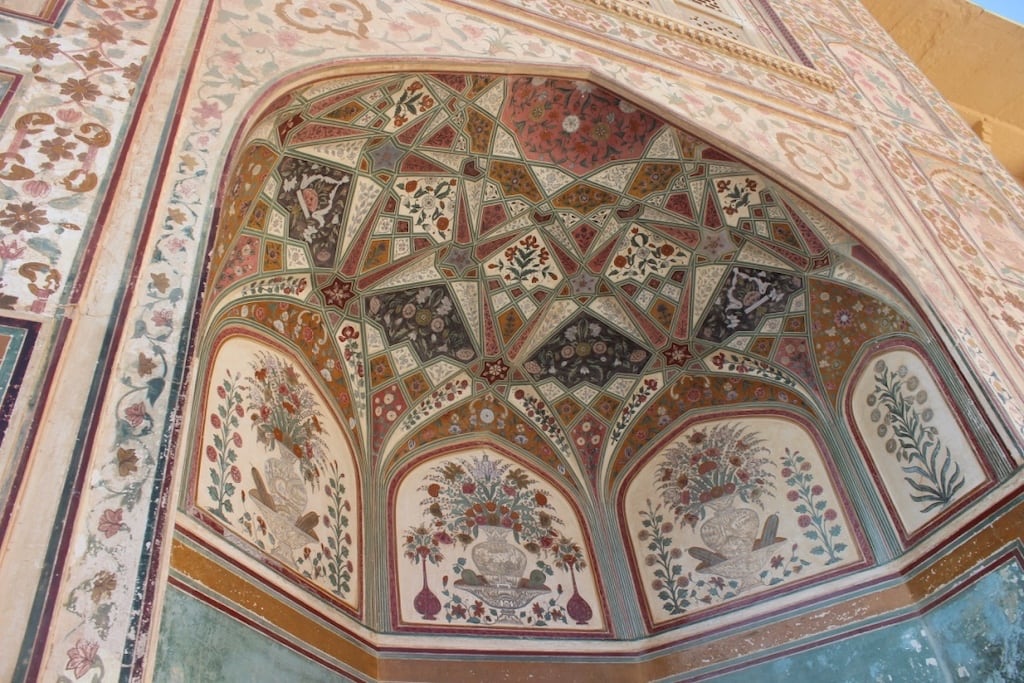 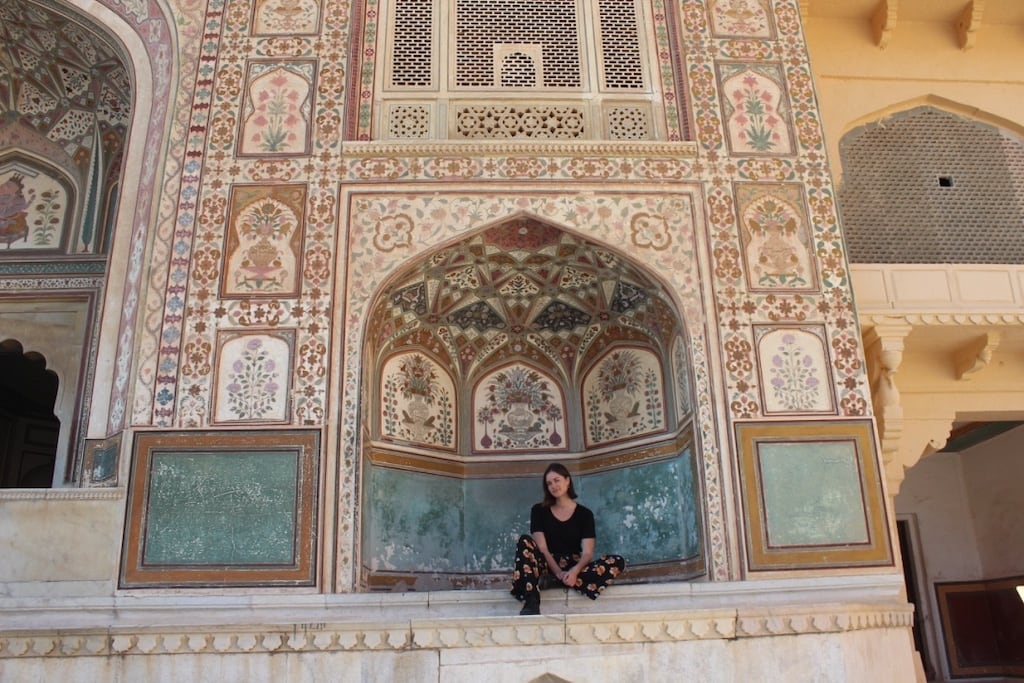 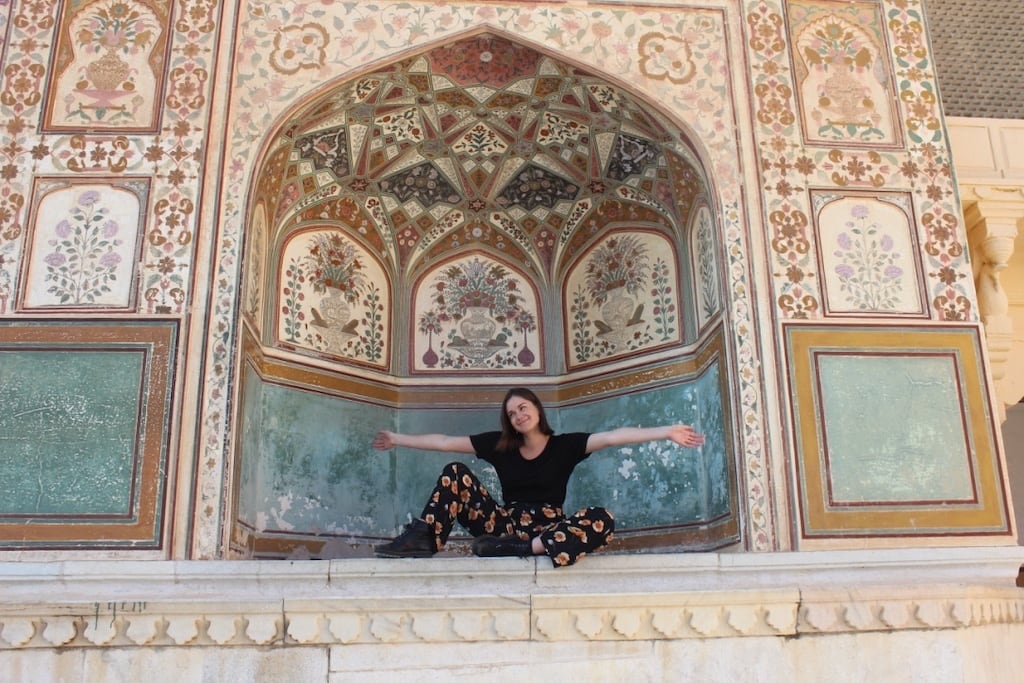 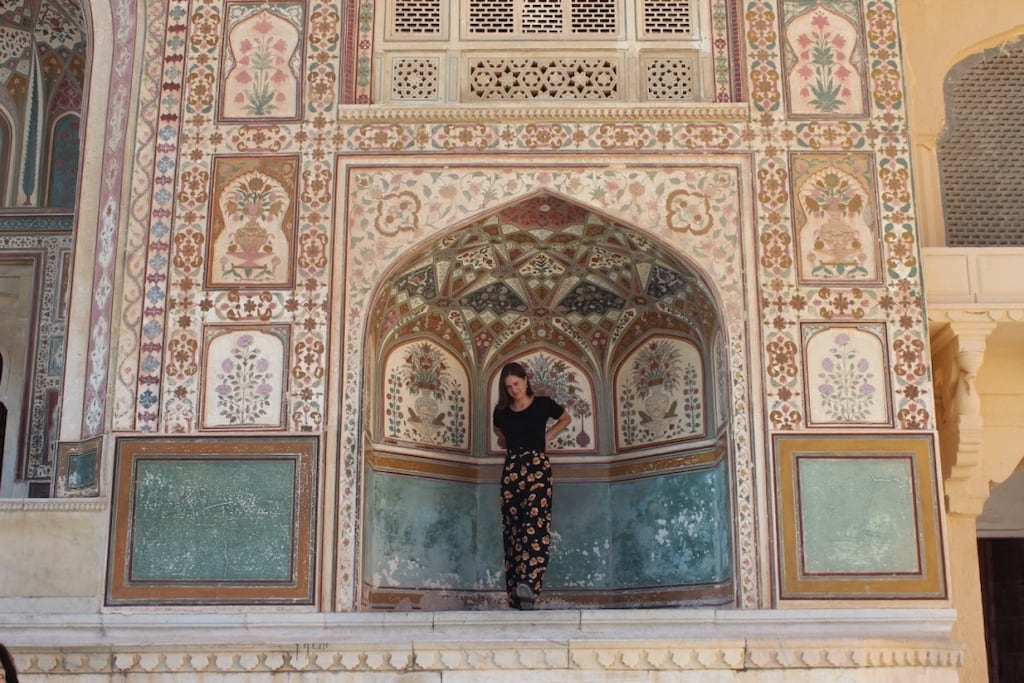 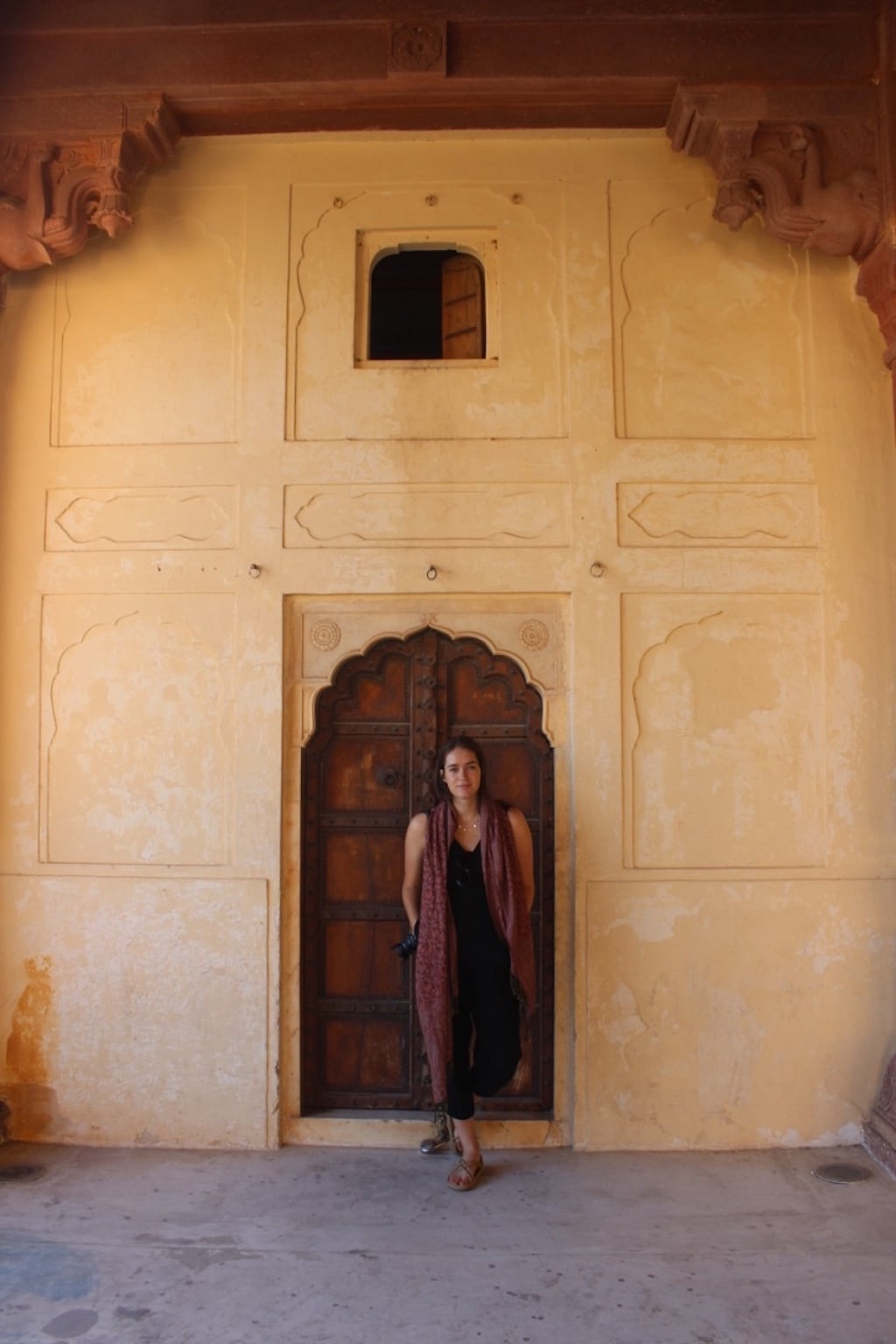 One last thing: don’t ride the elephants here! The elephants are chained up by the side of the road when they're not being ridden and the hard wooden seats on the elephants' backs are really uncomfortable. 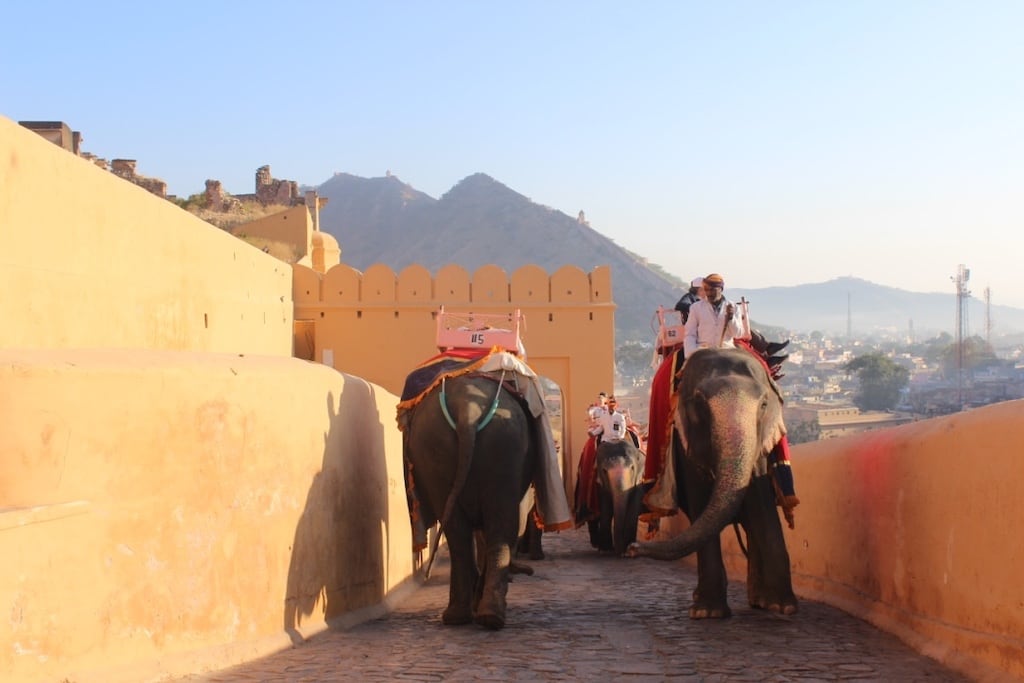 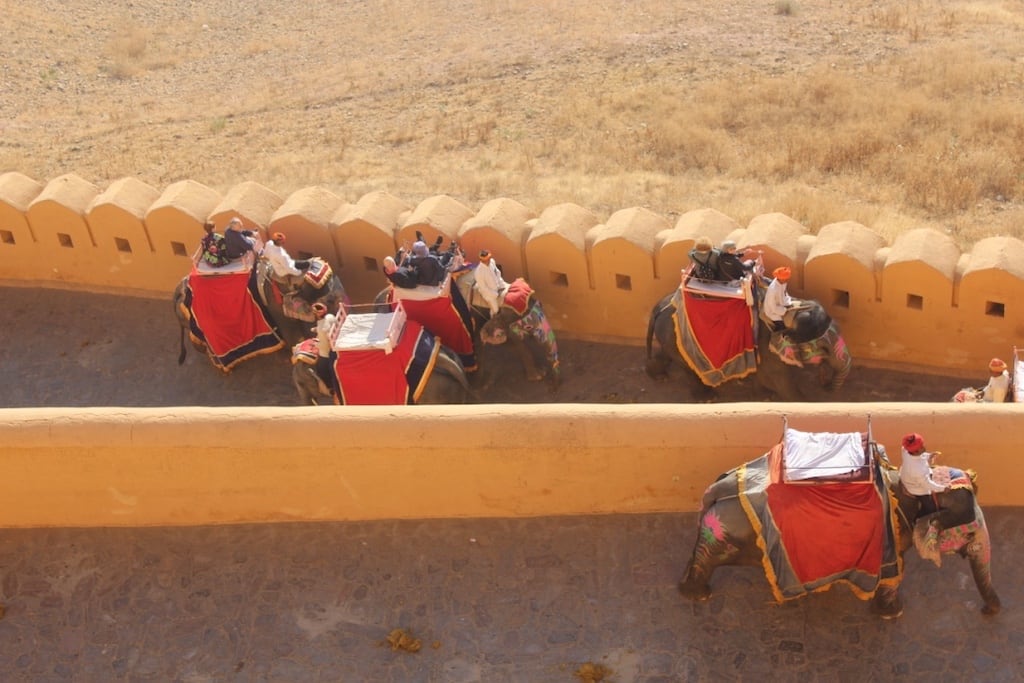 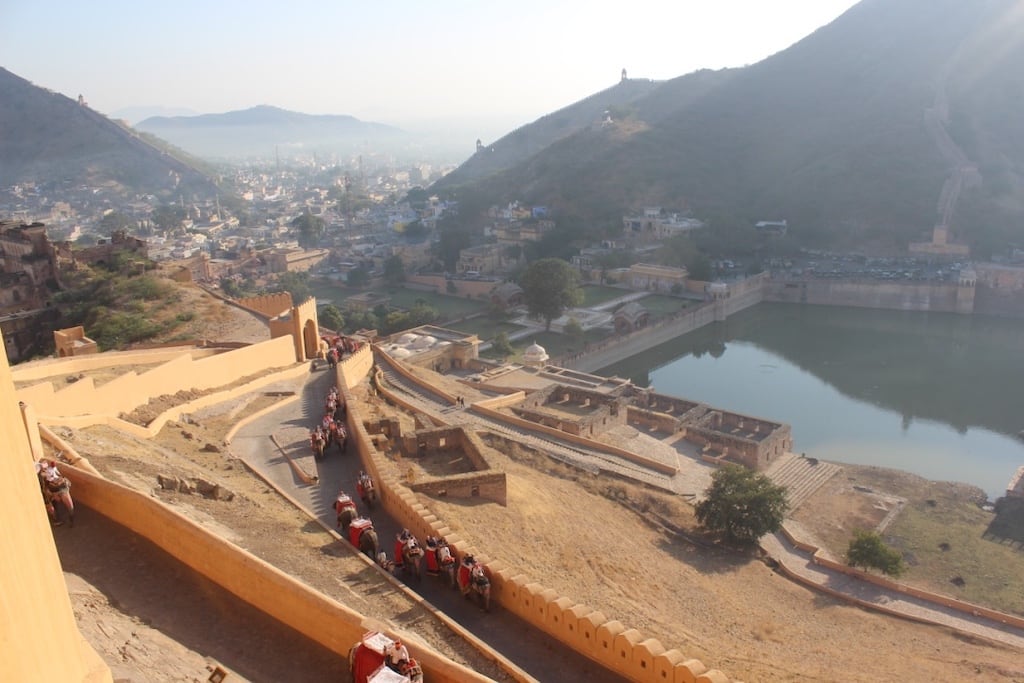 Nearby Amber Fort is Amer Stepwell and it is so cool! The first two times that I visited Jaipur, I totally missed it – it’s not easy to find, and if someone hasn’t told you about it, it’s unlikely that you’ll stumble upon it. I read about this stepwell on Lillian Scott’s blog, and I was stoked to be able to visit on my next trip to Jaipur – so much so that Kate and I visited twice! In short, the easiest thing to do is probably to get a tuk tuk to Amber Fort and also let your driver know that you want to spend some time in Amer town. They’ll normally drive you to the Fort and then wait for you to finish looking around. 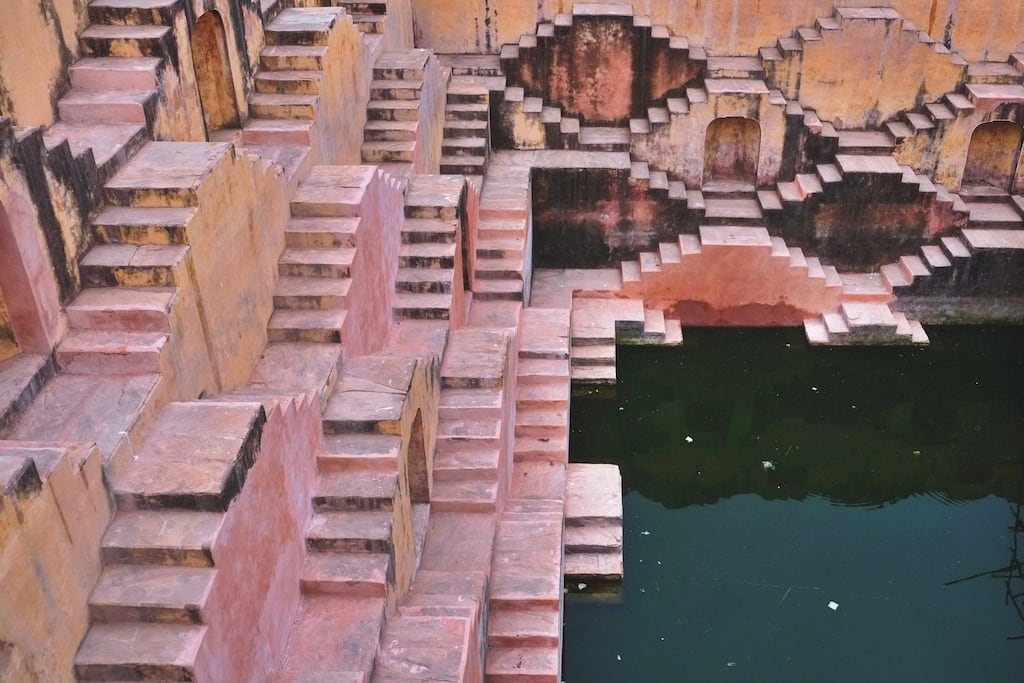 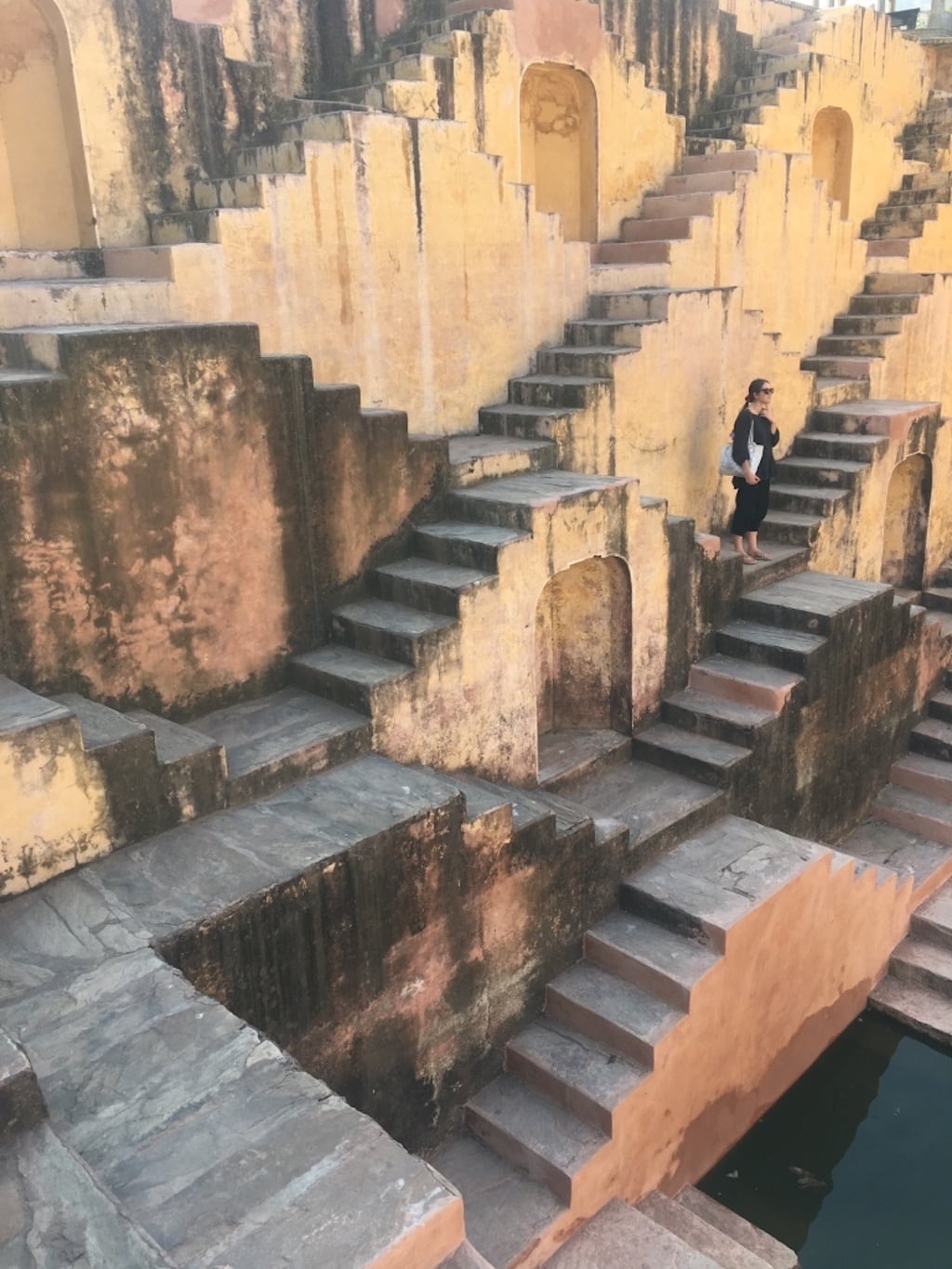 We had planned to just walk through Amer and try and find the stepwells, but were lucky enough that our tuk tuk driver knew where the stepwells were so drove us there and waited for us. Based off the photos I’d seen of the stepwells, I was really excited to be able to go down all the steps and take some really cool photos. Unfortunately though, there were some guys informally patrolling the area who said that we weren’t allowed down more than two or three steps.

Hawa Mahal, translated to ‘Palace of the Winds’, and affectionately known as the ‘Pink Palace’ is seriously worth a visit. You can go inside Hawa Mahal, and given that it’s so inexpensive (50 rupees so ~$1AUD), it’s worth it. The best views of the palace however, are actually from the outside. For the best view of Hawa Mahal, head to Wind View Café. It has an amazing view of the palace, the food is reasonably priced, and the guys who work there are really friendly. 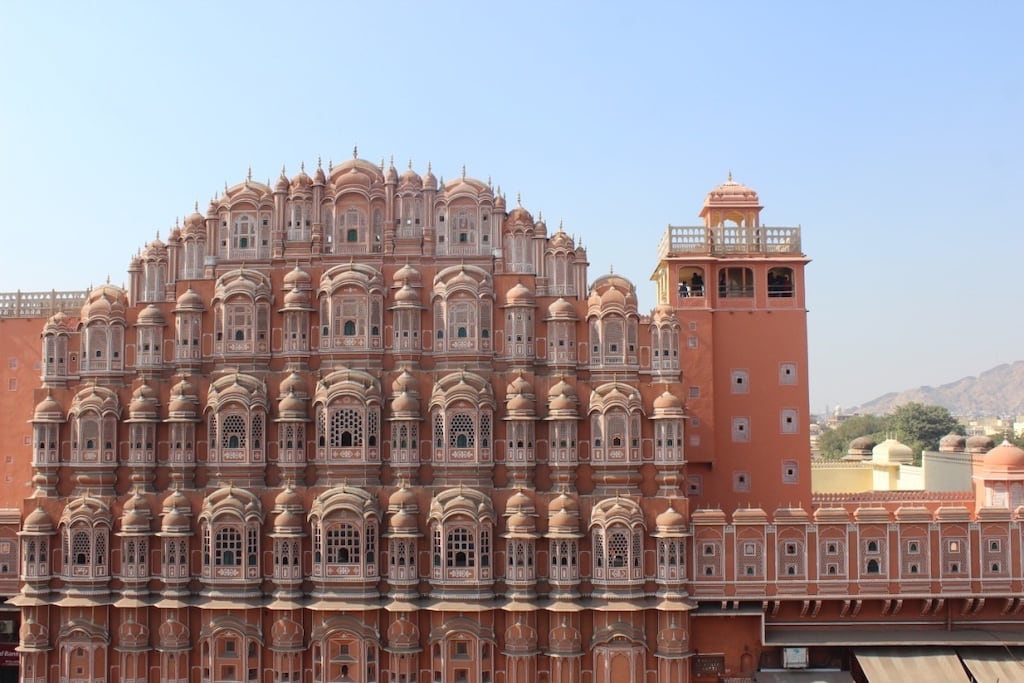 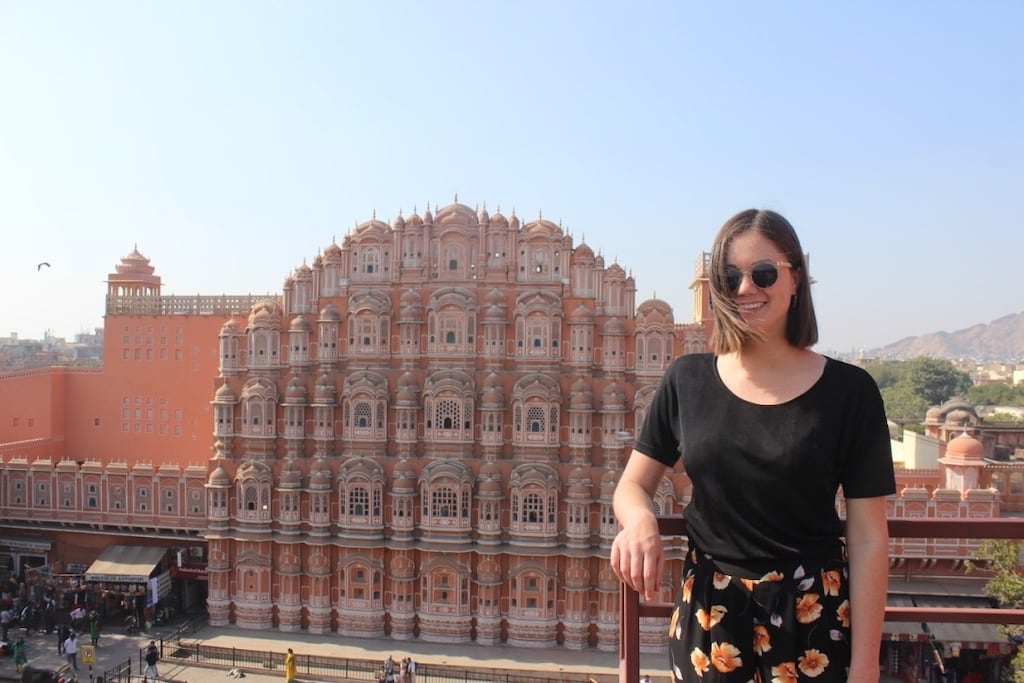 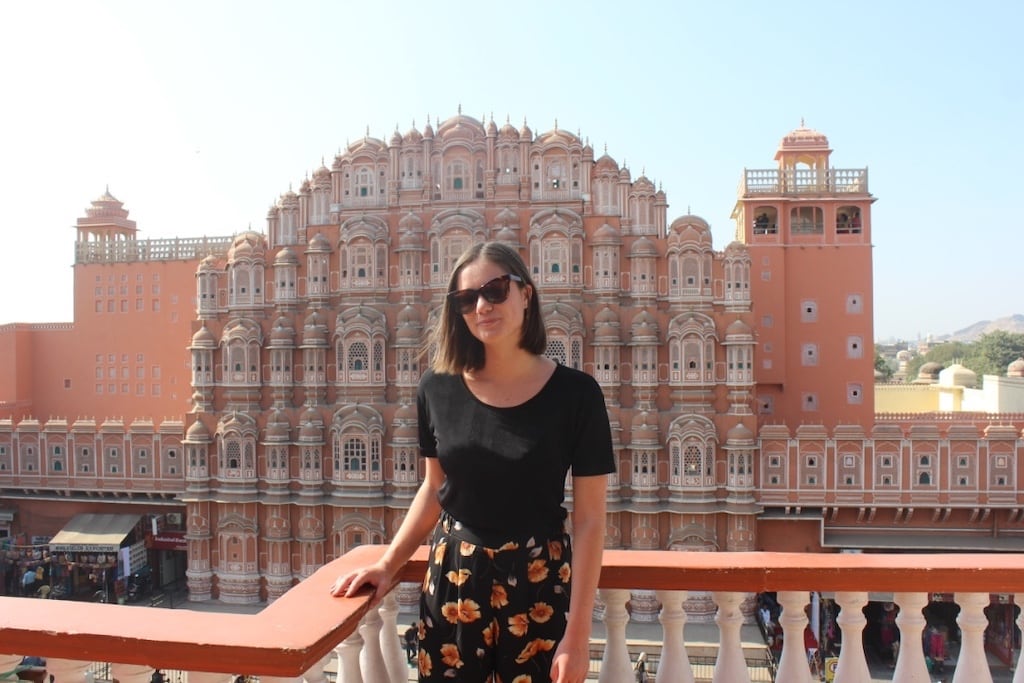 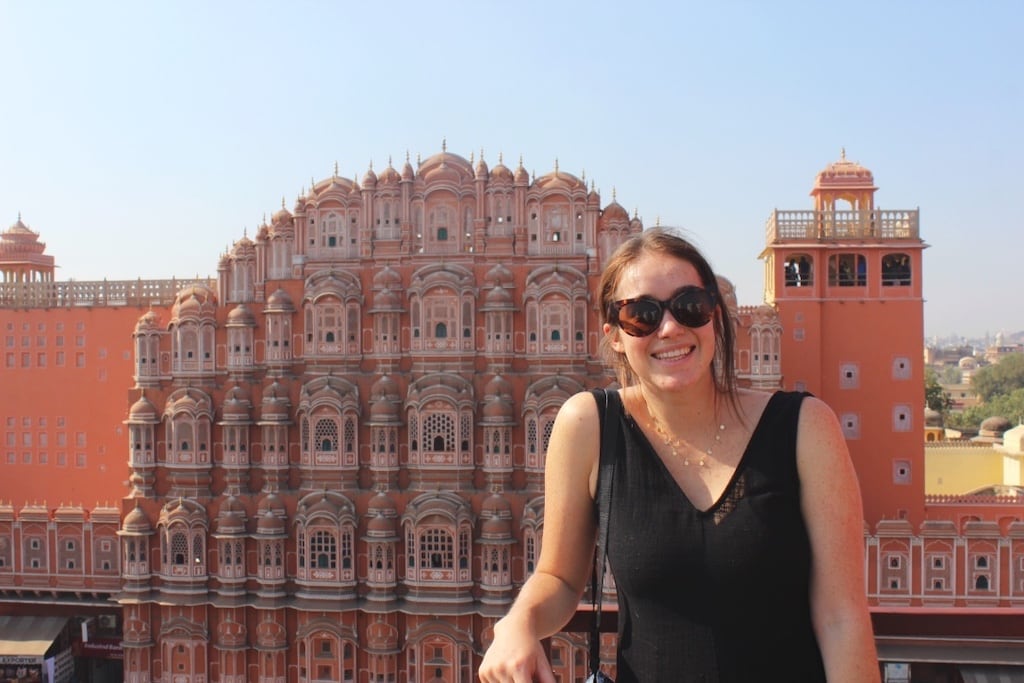 I’ve never visited Jaipur City Palace, but I’ve recently seen lots of photos of it online and it looks beautiful – it’s definitely top of my list for the next time I visit. Somewhere else that I’m dying to go to is the Nahargarh Fort which looks like an epic place to watch the sunset.

Where we stayed in Jaipur

If you’re looking for budget accommodation, Vinayak Guesthouse is a great option. I stayed there the most recent time that I visited Jaipur, and the rooms were good, the wifi worked, the owners were super friendly and there was a good rooftop restaurant. We paid ~$6 AUD each for the double room.

Getting to & from Jaipur

Being the capital of Rajasthan, Jaipur is extremely well connected by planes, buses and trains (and I’ve done all three!).

Until recently, you could fly from Sydney to Jaipur, with a layover in Singapore, with Scoot (Singapore Airline’s budget carrier). This is how I flew to and from India the last couple of times I visited but they’ve recently cancelled this route.

It’s really easy to get either a bus or train to/from anywhere in Northern India. Agra, Pushkar and Udaipur are all very close by.

In terms of whether or not I would recommend visiting Jaipur, in my opinion it really depends on how much time you have to spend in India. There are a lot of places I’d recommend over Jaipur – Rishikesh, Udaipur, Jaisalmer, Pushkar and Varanasi – to name a few. Having said that, sometimes it makes sense to either fly into Jaipur or travel through it, and if this is the case, it’s worth spending a day or two exploring the Pink City. I mean, look at the ceilings! 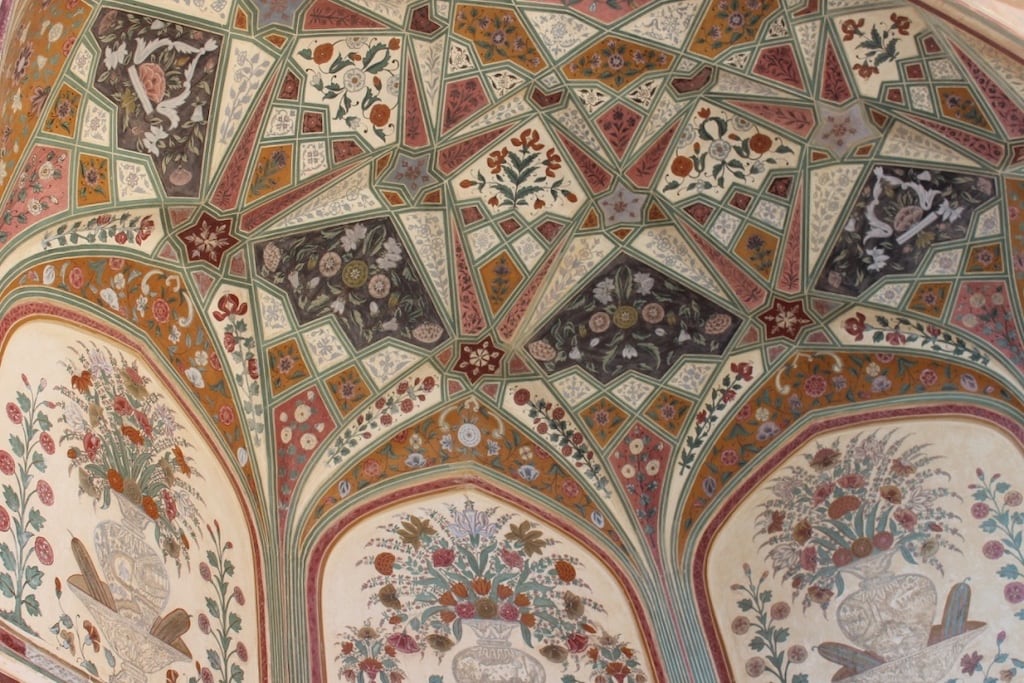 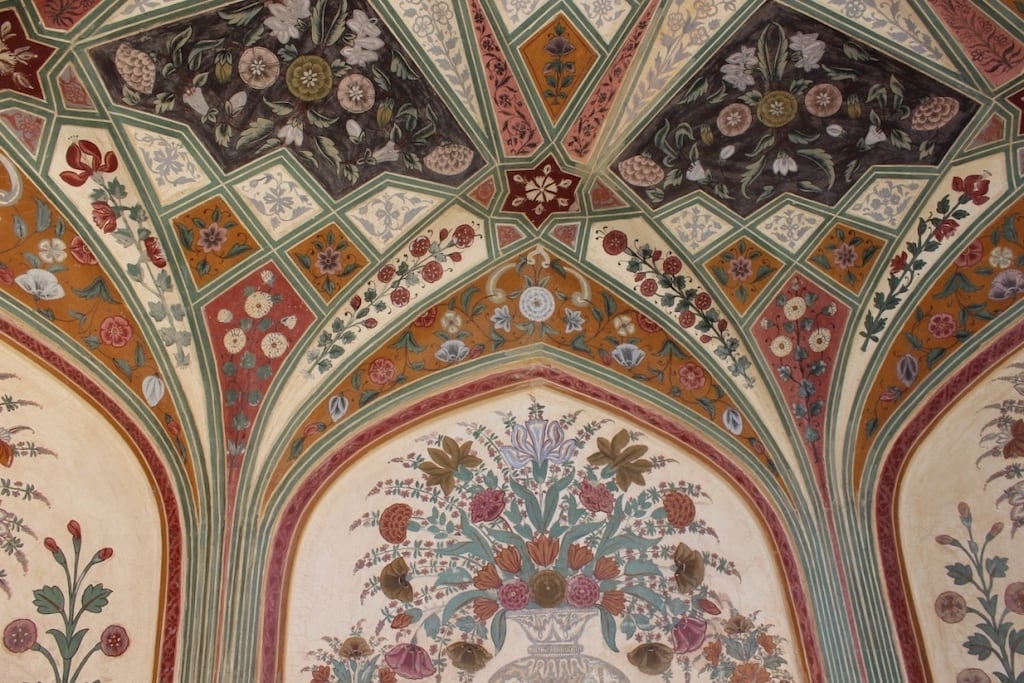