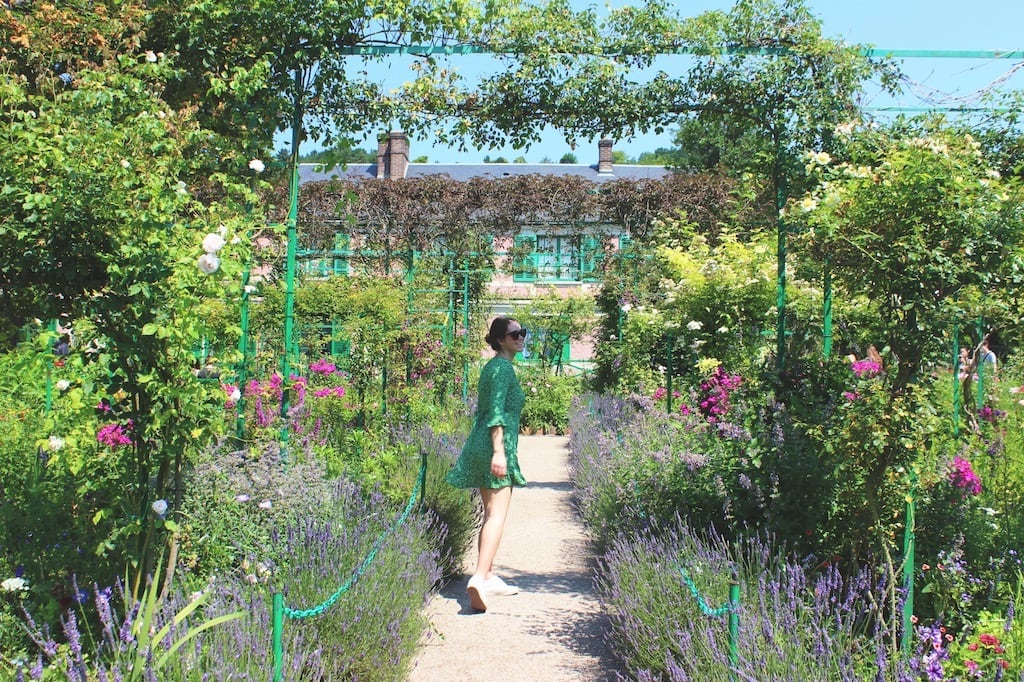 For most of his adult life, Claude Monet lived in Giverny, a small village in the Normandy region of France, 75km from Paris. The gardens here are what formed the main inspiration for most of Monet’s paintings. I’ve always loved Monet’s artwork and been a fan of the Impressionist Period in general, so visiting Giverny has been something I’ve wanted to do since I found out it existed.

The gardens are the best I’ve ever seen. The huge flower beds seem wonderfully wild yet perfectly manicured and it had me dreaming of one day owning a place big enough to have a huge flower garden. There were so many different types of flowers, and the range of colours was amazing. All the while there were bees buzzing around busily and butterflies flying from flower to flower…it was truly beautiful.

We visited Monet’s Gardens in late June, and although it was very warm, we couldn’t have asked for better weather. Wandering around the gardens was magical and it was also really cool to check out the charming little town of Giverny. It’s definitely worth a day trip and could even be done in half a day if you’re in a rush. 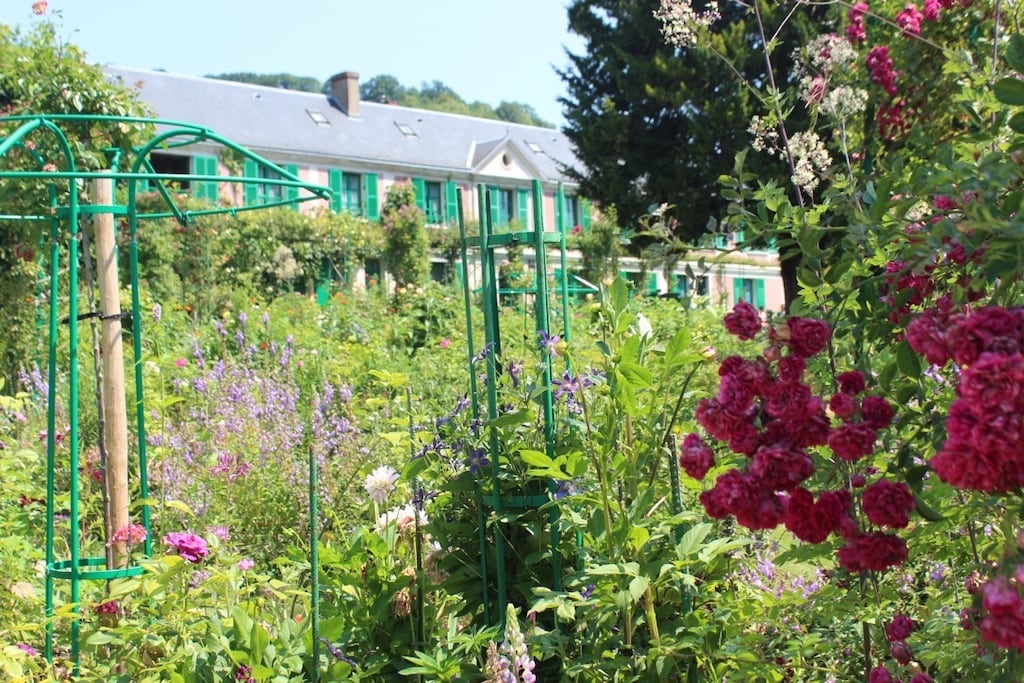 What we did there

Monet’s house itself was really interesting to walk through. The exterior of the house is pretty unique; pale pink with tens of green-shuttered windows. The inside has been mostly preserved as it was when Monet lived there so it was interesting to see the furniture and artwork in the different rooms. 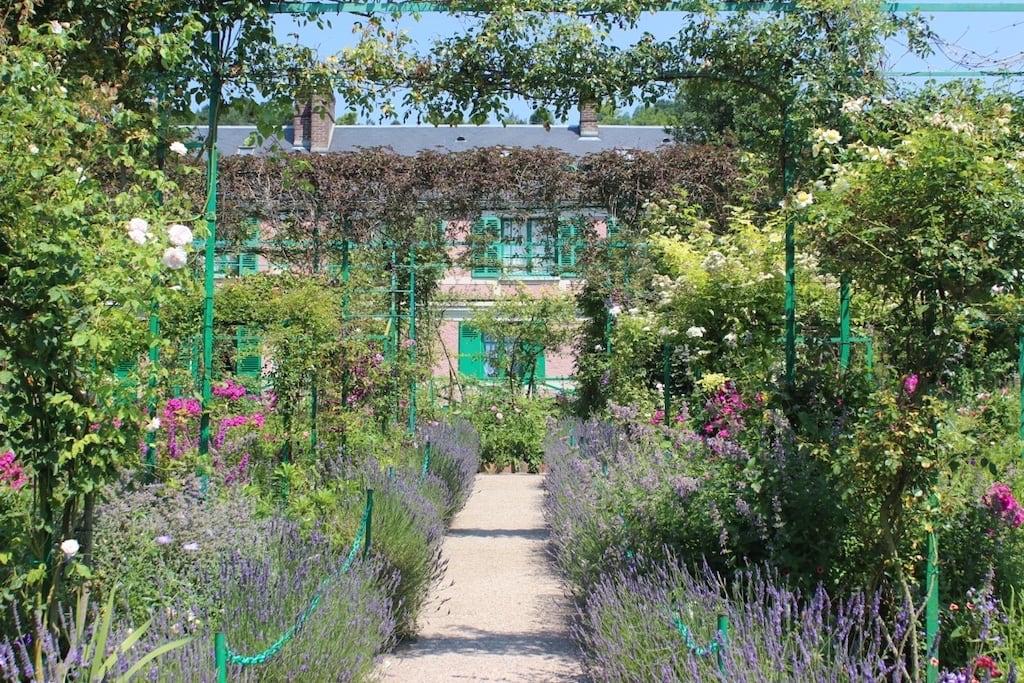 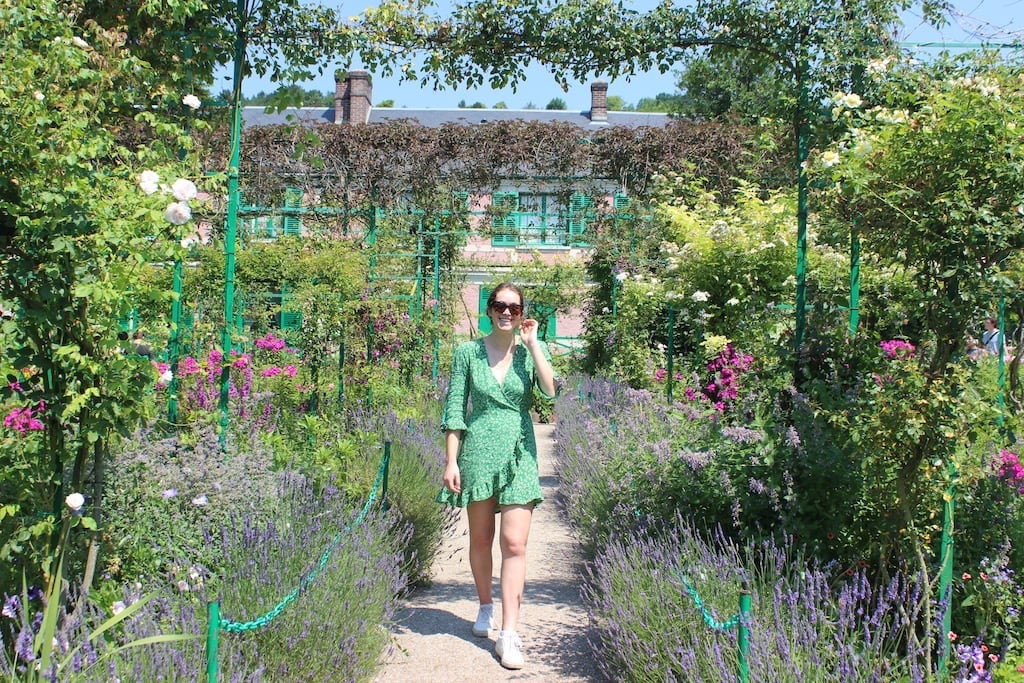 We spent around an hour just wandering around the gardens, admiring all of the flowers and colours and taking it all in. We’d packed lunch and had planned to have a picnic in the gardens but found out you’re not allowed to eat inside the grounds (we were told off by a security guard), so we ended up just eating lunch while we waited for the train back to Vernon. 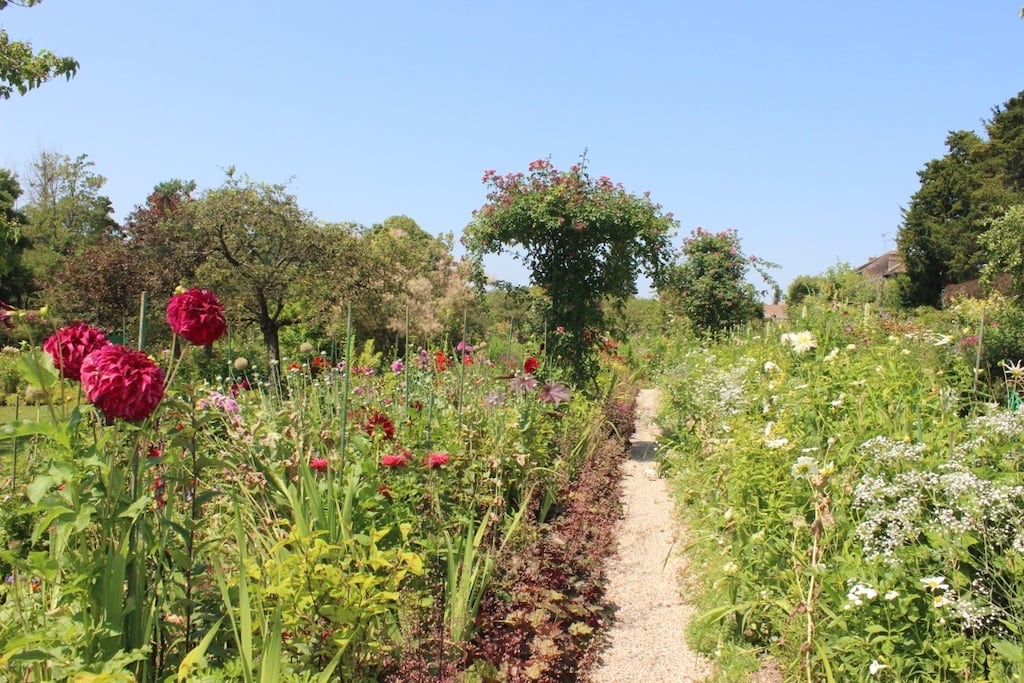 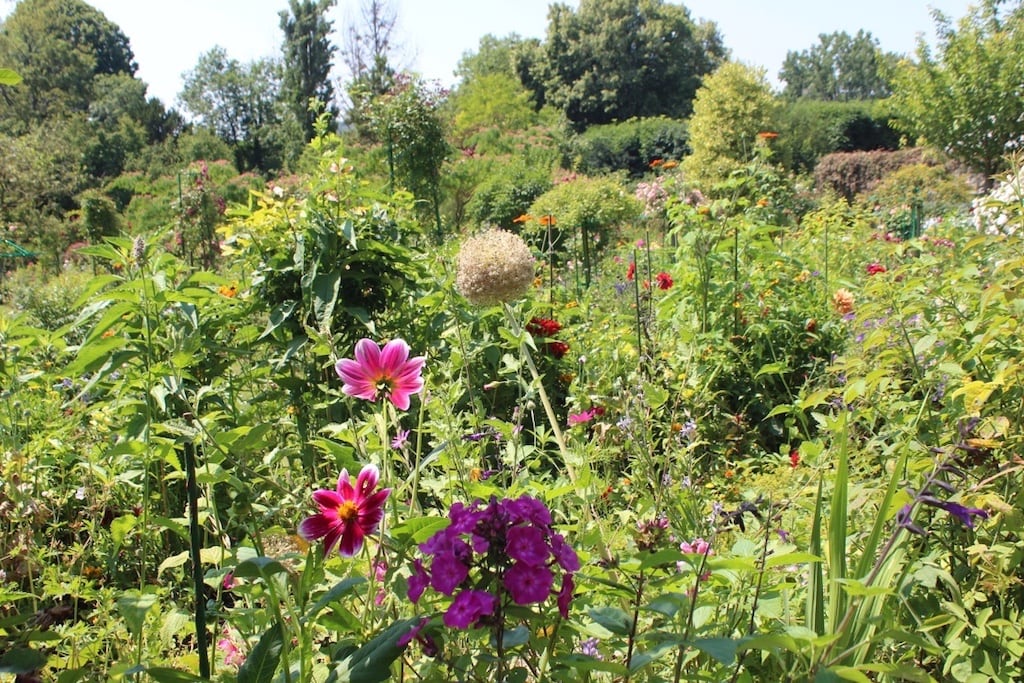 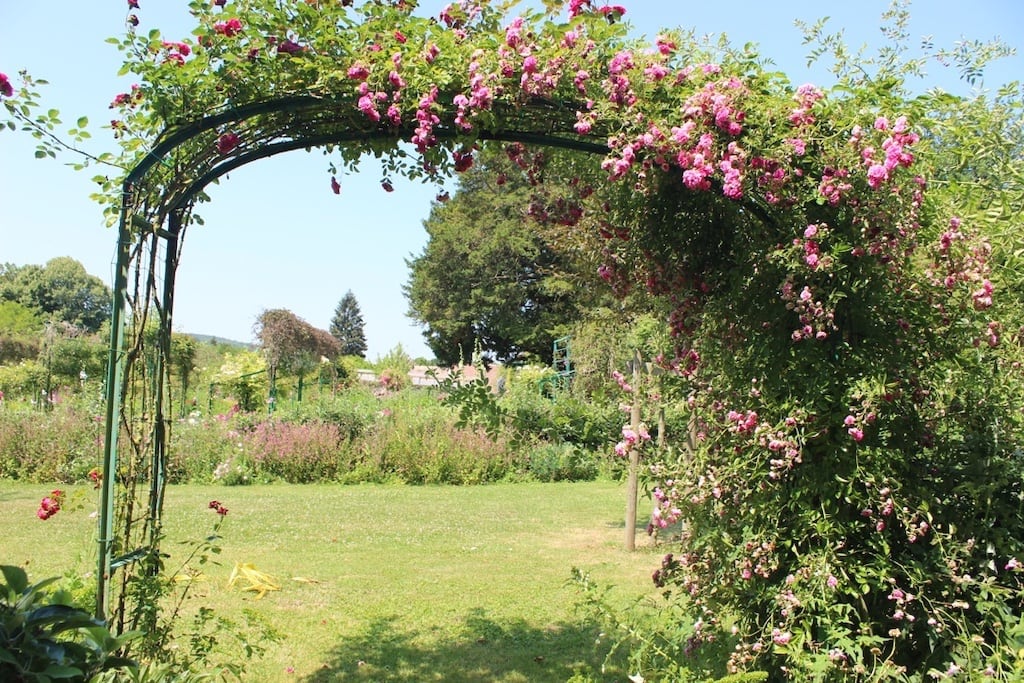 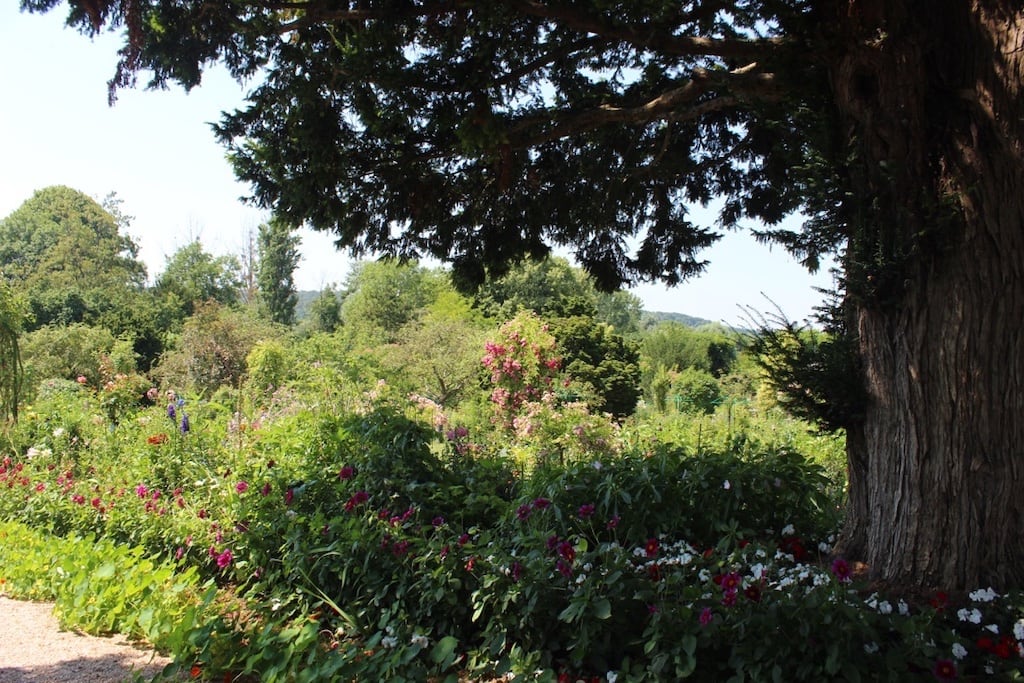 Once we were satisfied that we’d fully explored Monet’s house and gardens, we walked along to the huge pond filled with water lilies and the famous Japanese bridge. It was so cool to visit somewhere that was such a big inspiration for so many of Monet’s paintings. 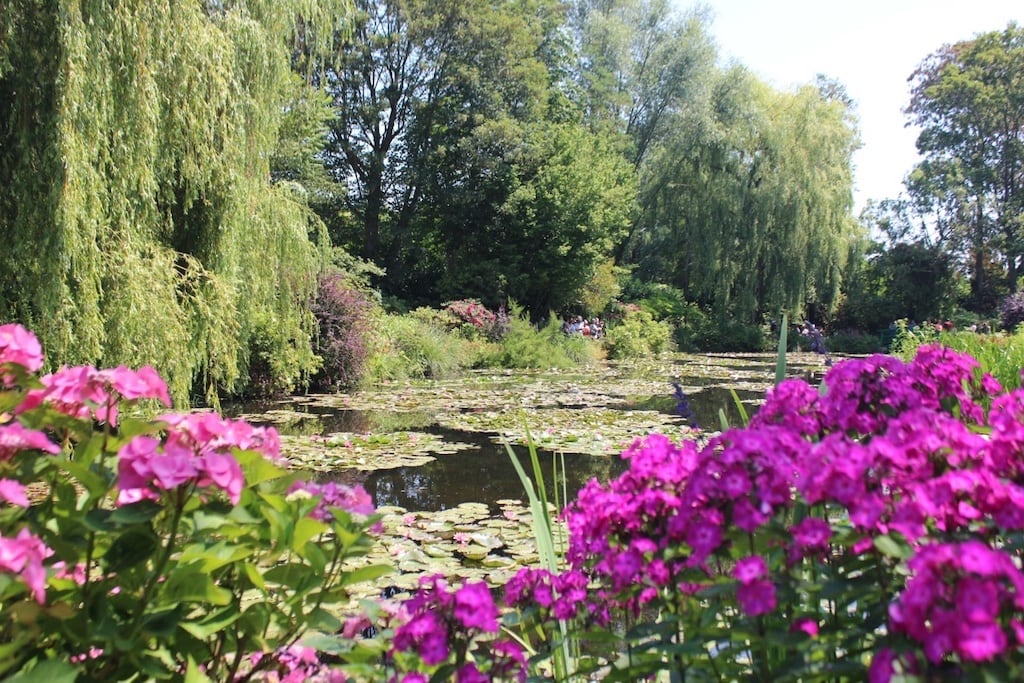 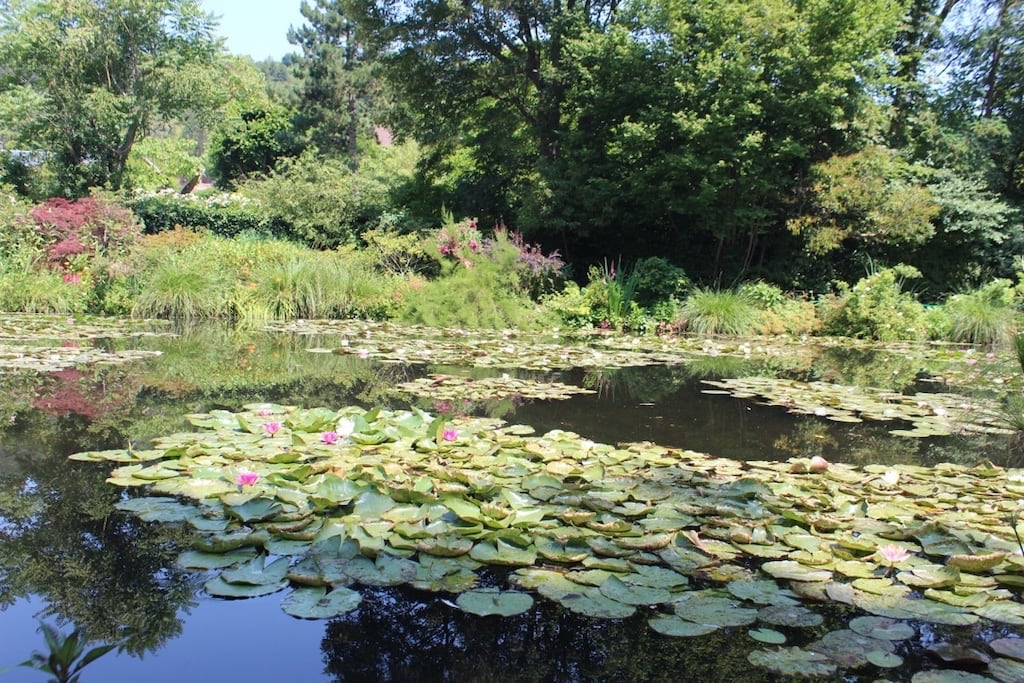 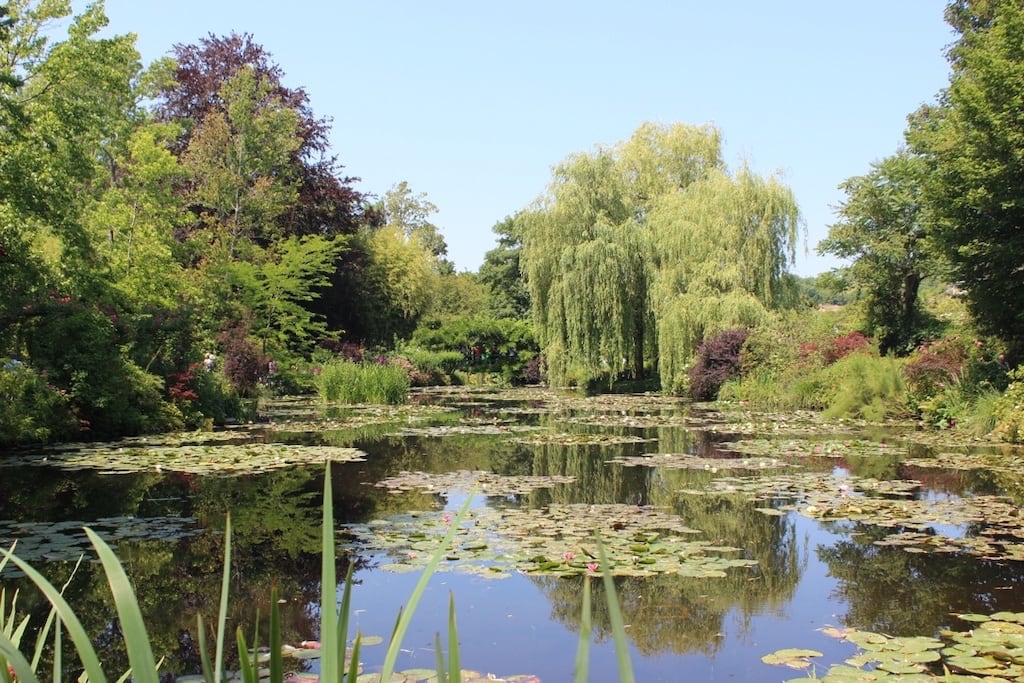 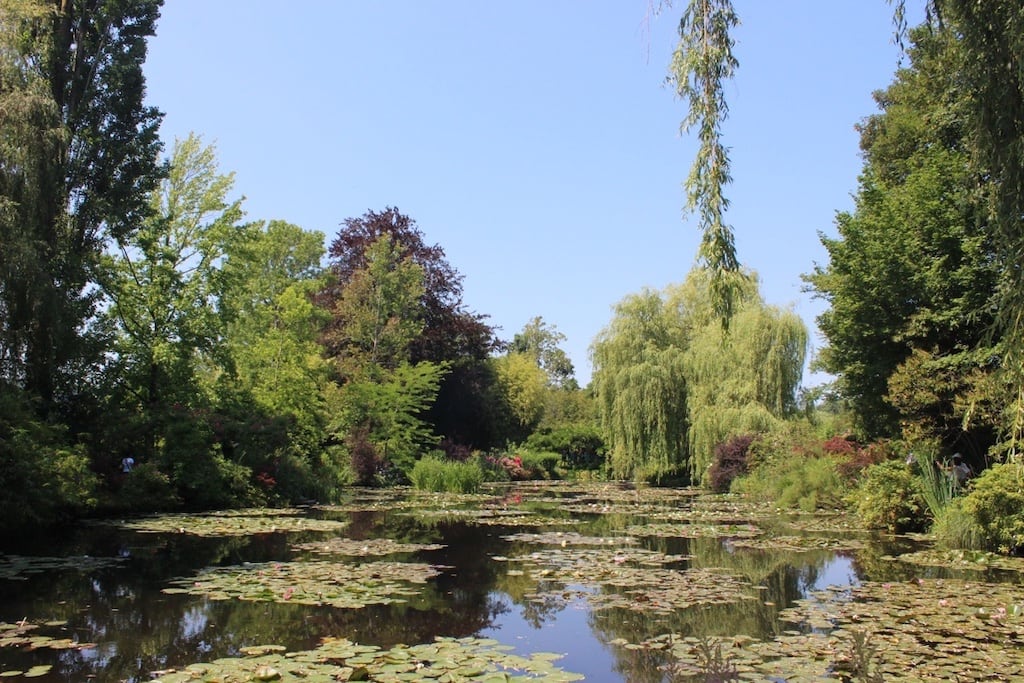 We didn’t spend a lot of time exploring Vernon but it looked really cute and it definitely could be worth allowing an hour or two to wander around.

We bought our tickets for Monet's Gardens in advance and I’m so glad we did because there was a huge line, whereas people with pre-bought tickets went through the group entrance which had absolutely no queue. You can buy your tickets here and then just make sure you save the PDF to your device. Entrance is 6.50 euros for students and 9.50 euros for adults (although they didn’t actually ask for my student card as proof).

How we got there

Giverny itself doesn’t have a train station, so we caught a train to Vernon (from Paris St Lazare). We’d actually been super organised and booked our train tickets roughly a month in advance for 18 euros each return, but when we arrived at the train station, our train had been cancelled and we had to pay an extra 10 euros each to change our tickets to be valid for the next train. This also meant that we ended up arriving in Vernon roughly 3 hours later than we should have, feeling very frustrated. The express train is meant to take only 47 minutes but we ended up having to change trains and it took closer to 2 hours.

From Vernon we’d planned on taking a shuttle bus to Giverny (10 euros return), but when we arrived there was also a little tourist choo-choo train that was only 8 euros return so we figured we’d may’s well go with this cheaper and cuter (yet terribly cliché) tourist option. Otherwise it’s an hour walk into Giverny, although considering how hot it was, I’m glad we paid for the transfer, plus it meant that we had more time to spend back in Paris.