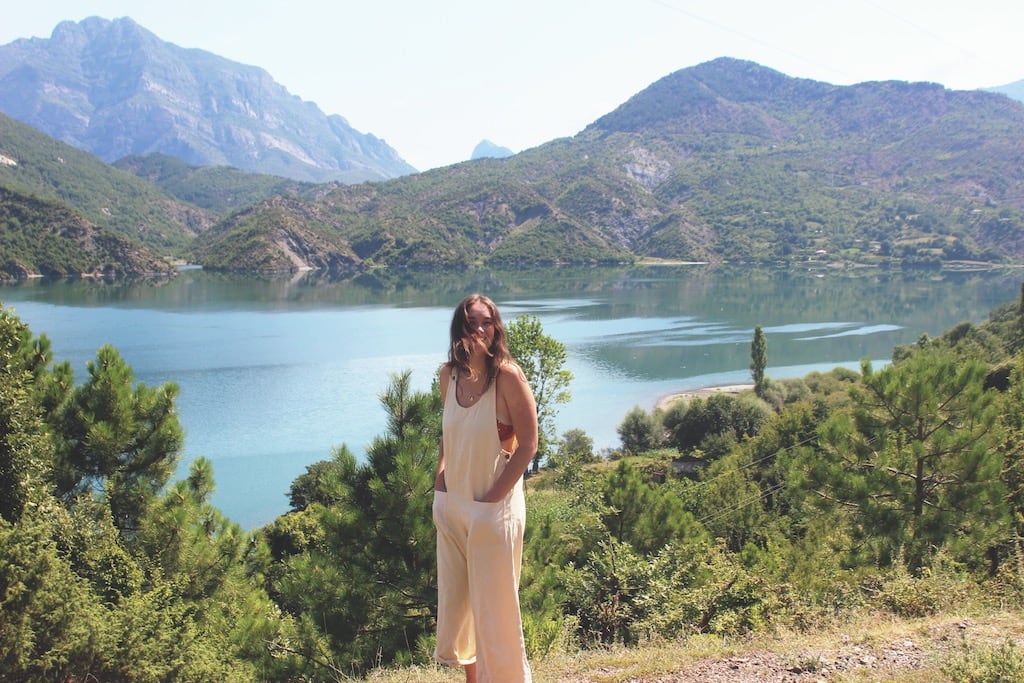 Albania is an amazing country to visit; full of friendly people and stunning coastlines. The beaches are mostly undiscovered, and it definitely feels like now is the time to go before the rest of the world realises just how good it is and it becomes overrun with tourists. It was however, probably the most challenging country to eat vegan in that I’ve been to. This was a shame because we were traveling with (omni) friends for this part of the trip, so it honestly made eating a vegan diet look pretty limiting and average.

The week that we were in Albania, we pretty much just ate pizza with no cheese, and fries. This wasn’t terrible, but it definitely became monotonous and didn’t leave us feeling our best. We checked out Happy Cow when we got to each city or town, but there were barely any listings. The one good thing was that fresh fruit was widely available, so most mornings we started the day with a couple of bananas and some raspberries.

The one meal we ate that's worth mentioning was a dinner we had at a fancy restaurant in Berat named Antigoni. We ate roast vegetables stuffed with rice, a really nice eggplant dish and olives. 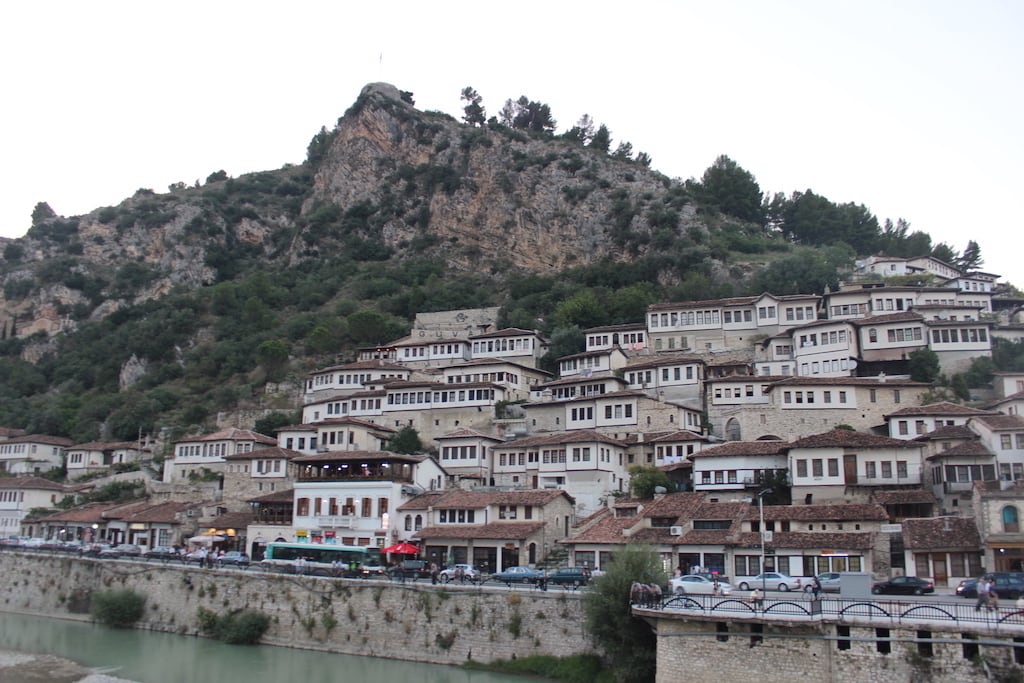 A massive highlight was sunset drinks we had one night at Panorama Café in Dhermi. The view over the ocean was absolutely stunning and we stayed for a drink or two, watching the sun set over the ocean. 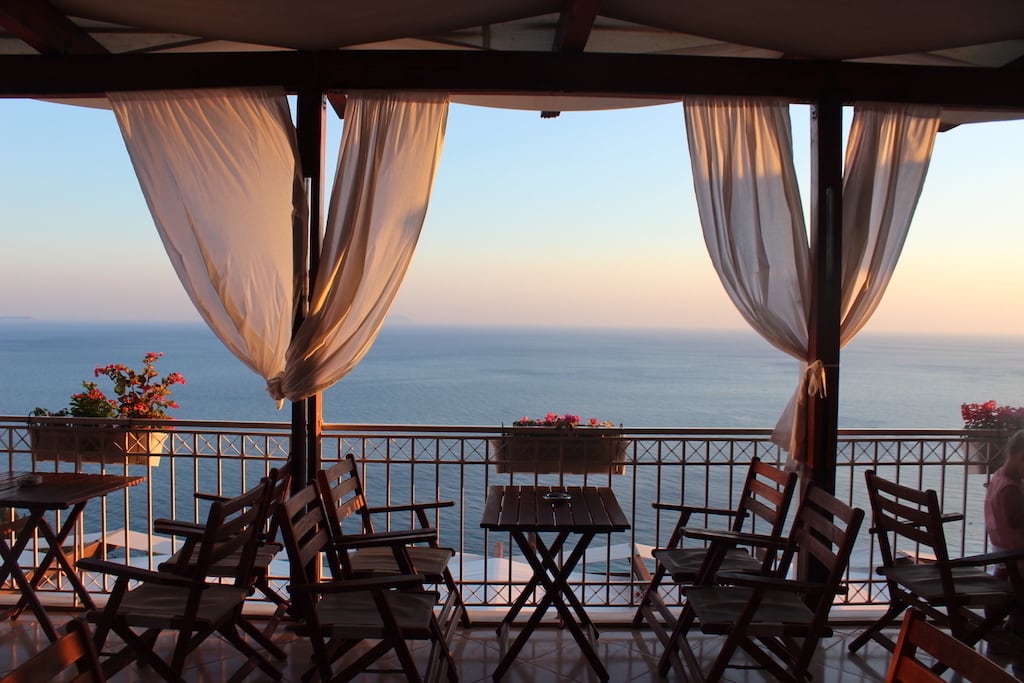 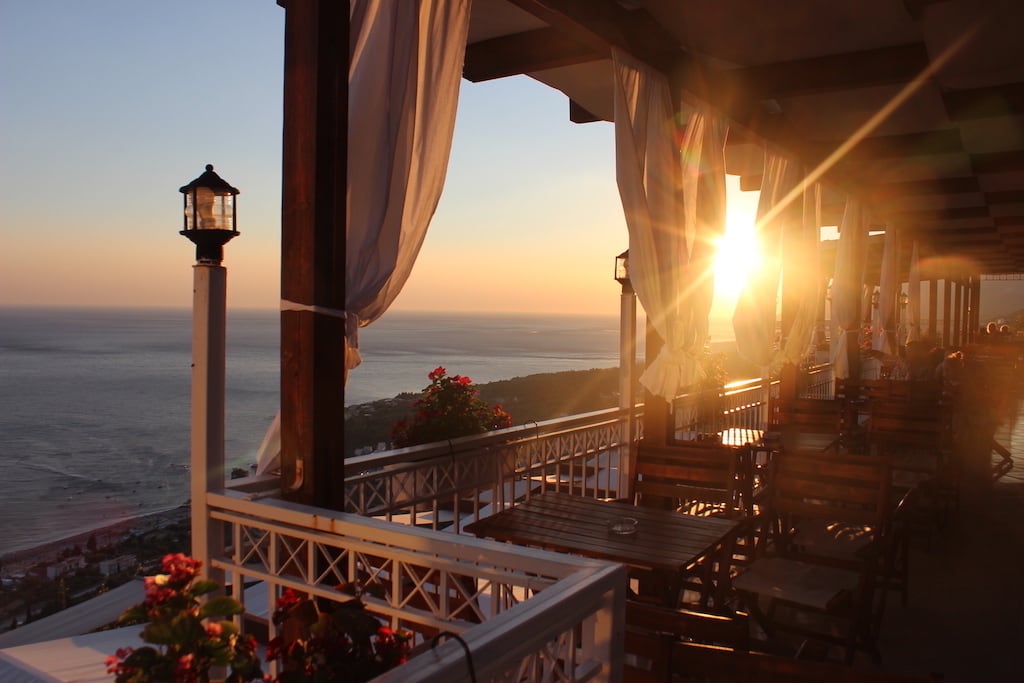 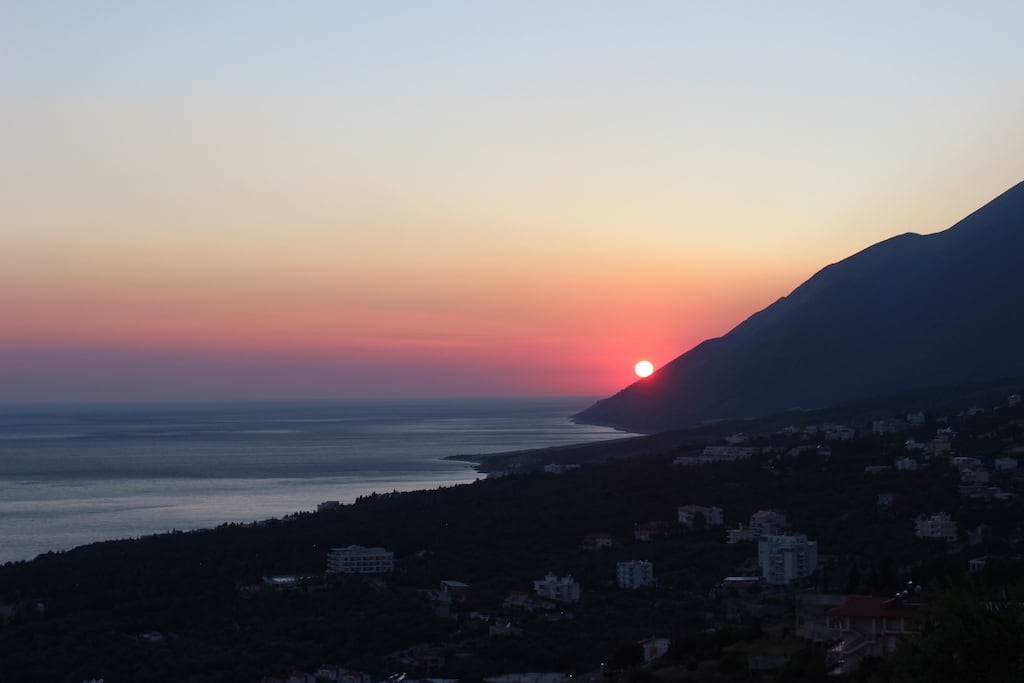 If you’re not vegan, and you’re wondering what to expect, since Albania is by the coast, seafood is a big thing. One of our friends ate mostly fresh fish, whilst the other (who’s scared of fish so doesn’t eat seafood) stuck mostly to pizzas and pastas. Food is cheap in Albania and most meals were under $5AUD (except for the fancy seafood meals). Alcohol is also very cheap, and on average, beers were ~$2AUD.

Don’t be afraid of visiting – you won’t starve. Just prepare yourself for a week of pizza and fries. It also wouldn’t go astray to translate how to say “no cheese” just to be sure that your pizza comes out the way you want it (we experienced a few awkward misunderstandings). Albania’s beauty more than makes up for the lack of vegan food! 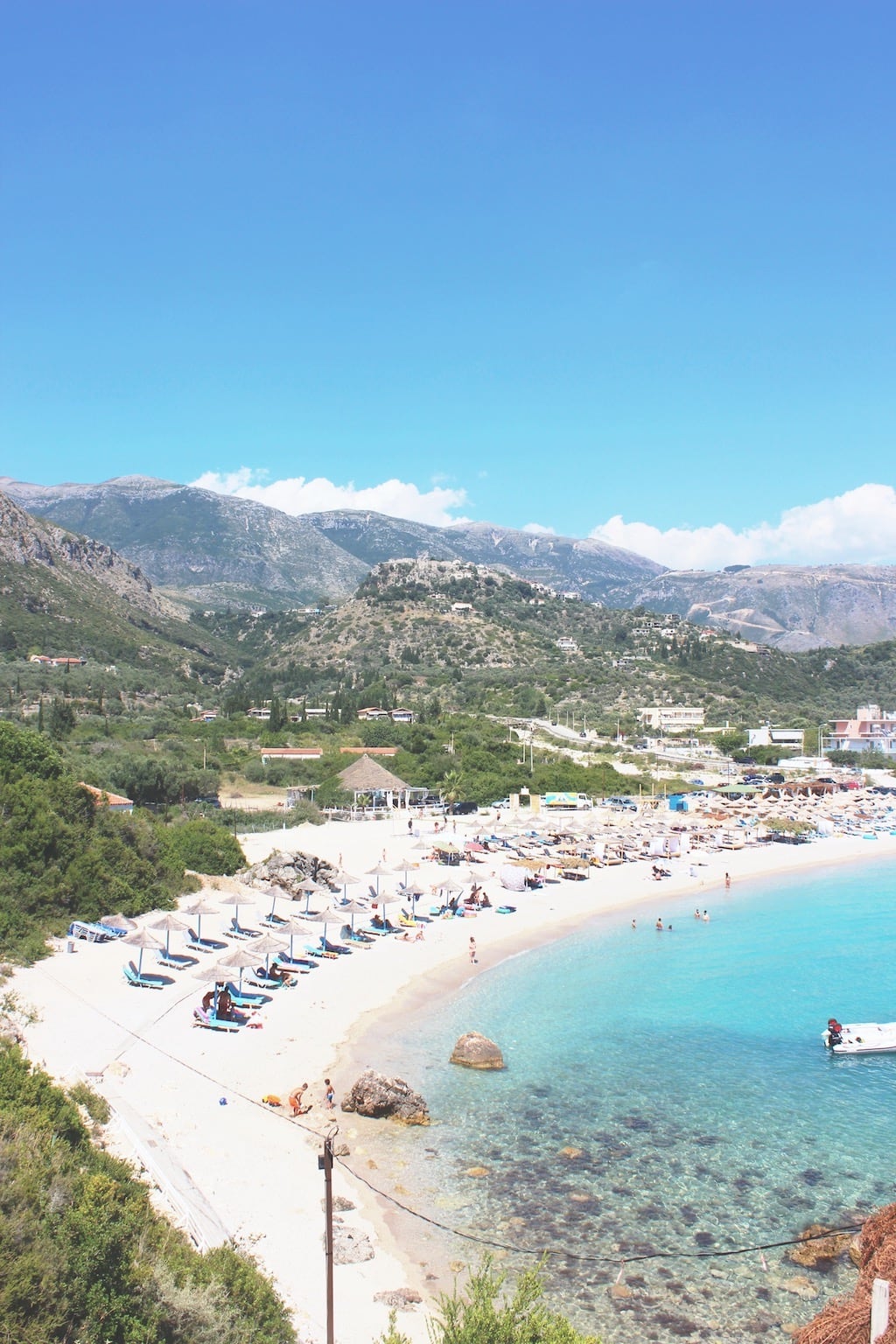