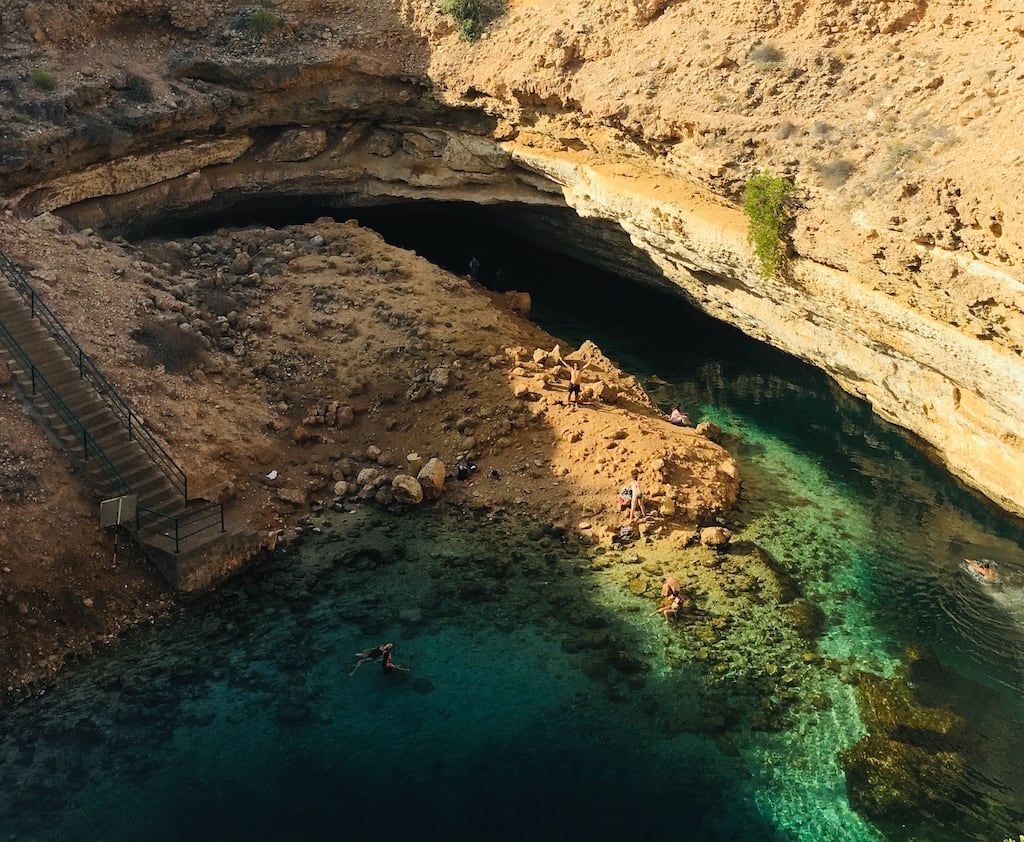 An Extended Layover in Oman

When we flew from Sri Lanka to Nepal, I couldn’t find a direct flight from Colombo to Kathmandu, so there was no avoiding a stopover. We could have flown with Air India, but for pretty much the same price we could fly with Oman Air and have a stopover in Muscat. Oman Air has a better safety record and rating than Air India, plus I figured it would be fun to be able to check out a new country, even if it was only for 18 hours.

I loved Oman and our day there gave us a really wonderful taste of the country. The thing that stood out the most was how friendly everyone was that we met. I think that people from Oman are literally the kindest people I’ve met when traveling.

We landed in Muscat at 6:30pm after a three-and-a-half-hour flight from Colombo. The process for getting a visa on arrival was really easy. Before passport control, there’s a desk that sells visas. There’s no need to fill out any paperwork, and it’s possible to pay by card so you don’t even need to get out any cash. A 10-day visa costs 6 OMR (~$19AUD).

How we got around

Once we cleared customs, we headed straight to the hire car desks. Based on my research, hiring a car was by far the most economical option so I pre-booked one on booking.com with InterRent (which operate as Europcar). Car hire was $23AUD each plus 5 OMR (~$18AUD) to have zero excess and 2.5 OMR (~$9AUD) as a young driver’s fee. We ended up spending an extra 14 OMR (~$50AUD) on petrol and some extra kilometres because we went a little over our 250km limit. All up, the car hire was ~$60AUD each.

We drove straight from the airport to our accommodation in Muscat. We stayed in the cheapest place I could find, but unfortunately there doesn’t seem to be much of a backpacker scene here and it was very hard to find any budget options. We ended up staying at Nuzha Hotel Apartments which was a 25-minute drive from the airport. It was 17.55 OMR (~$27 AUD each) for a double room and was what I’d describe as an average serviced apartment.

The main place that I wanted to see in Oman was the Bimmah Sink Hole. I’d seen pictures, and it looked really cool. Locals believe that the sink hole was created from a fallen star. We set off from the hotel just before 7am and were instantly mesmerised by the beautiful mountains surrounding Muscat that we drove through the entire drive there. It was so interesting to see mountains with a desert landscape rather than lush green or snow-covered mountains like the ones I’ve seen before. It was a one-and-a-half-hour drive to the sink hole, and the highways were quite literally the best I’ve ever seen. 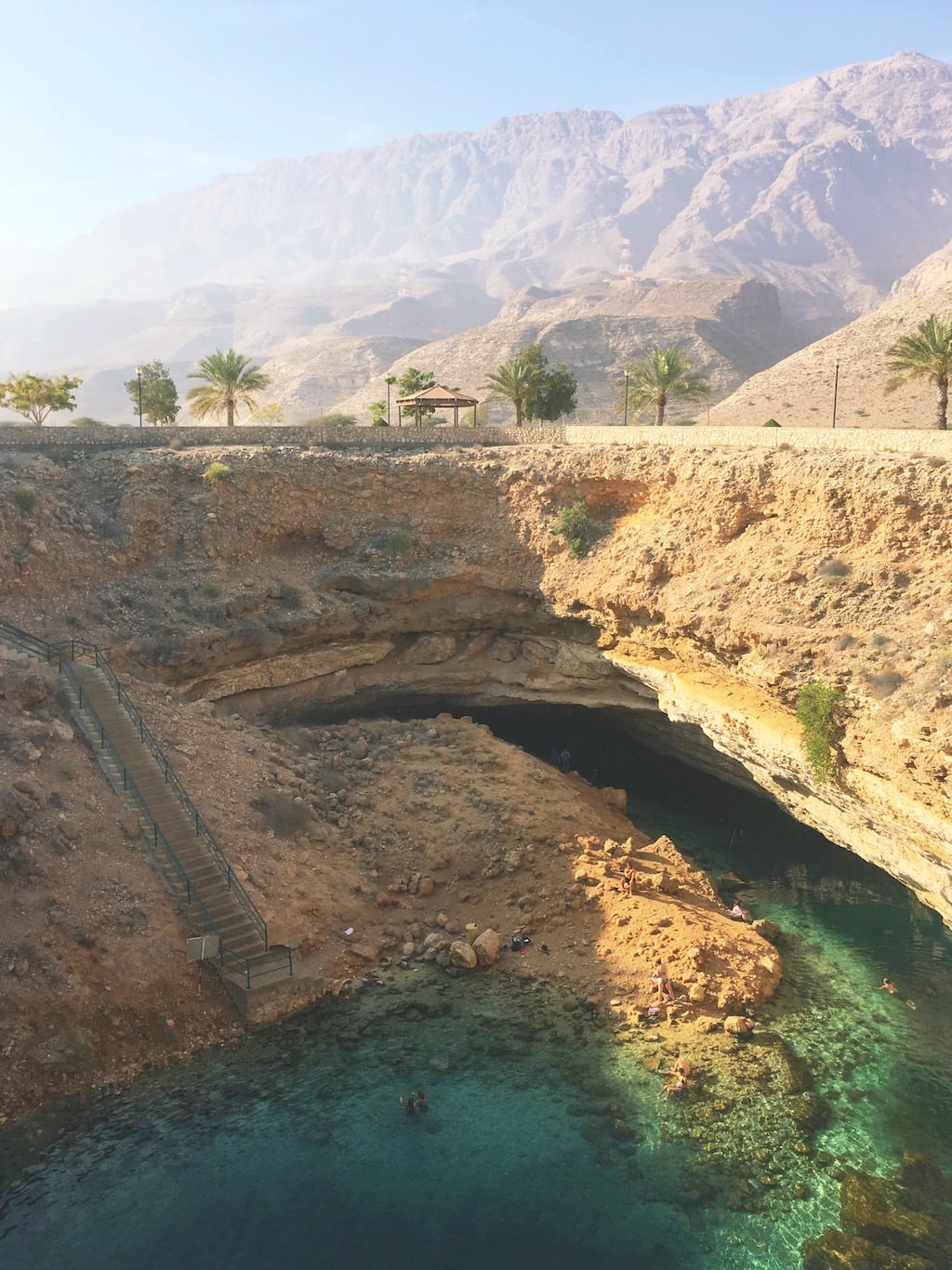 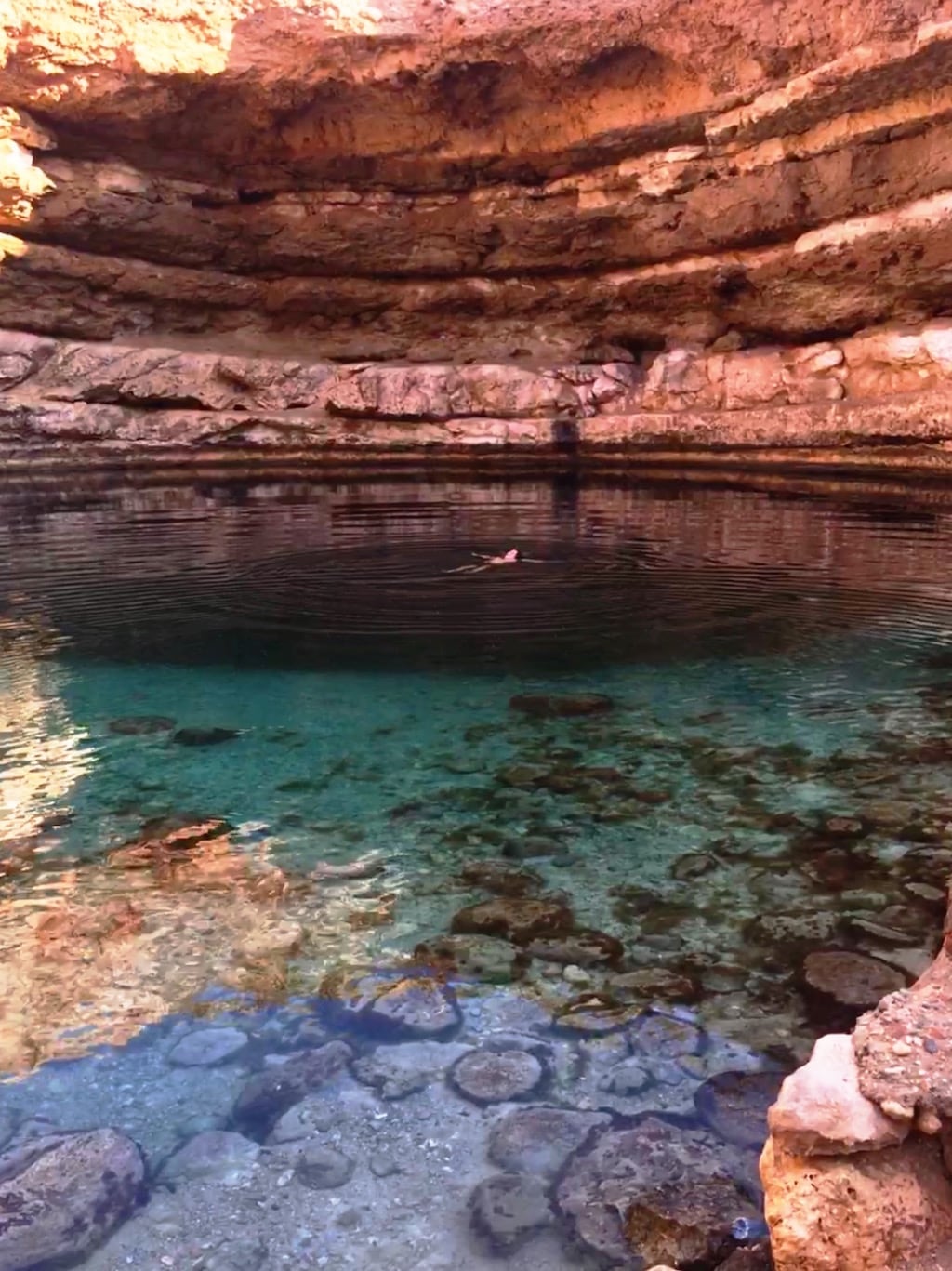 We also visited two mosques in Muscat: Sultan Qaboos Grand Mosque and Muhammed Al Ameen Mosque. Unfortunately we arrived a little after 11am so they were closed for prayer, but we admired them from the outside and they were both stunning. 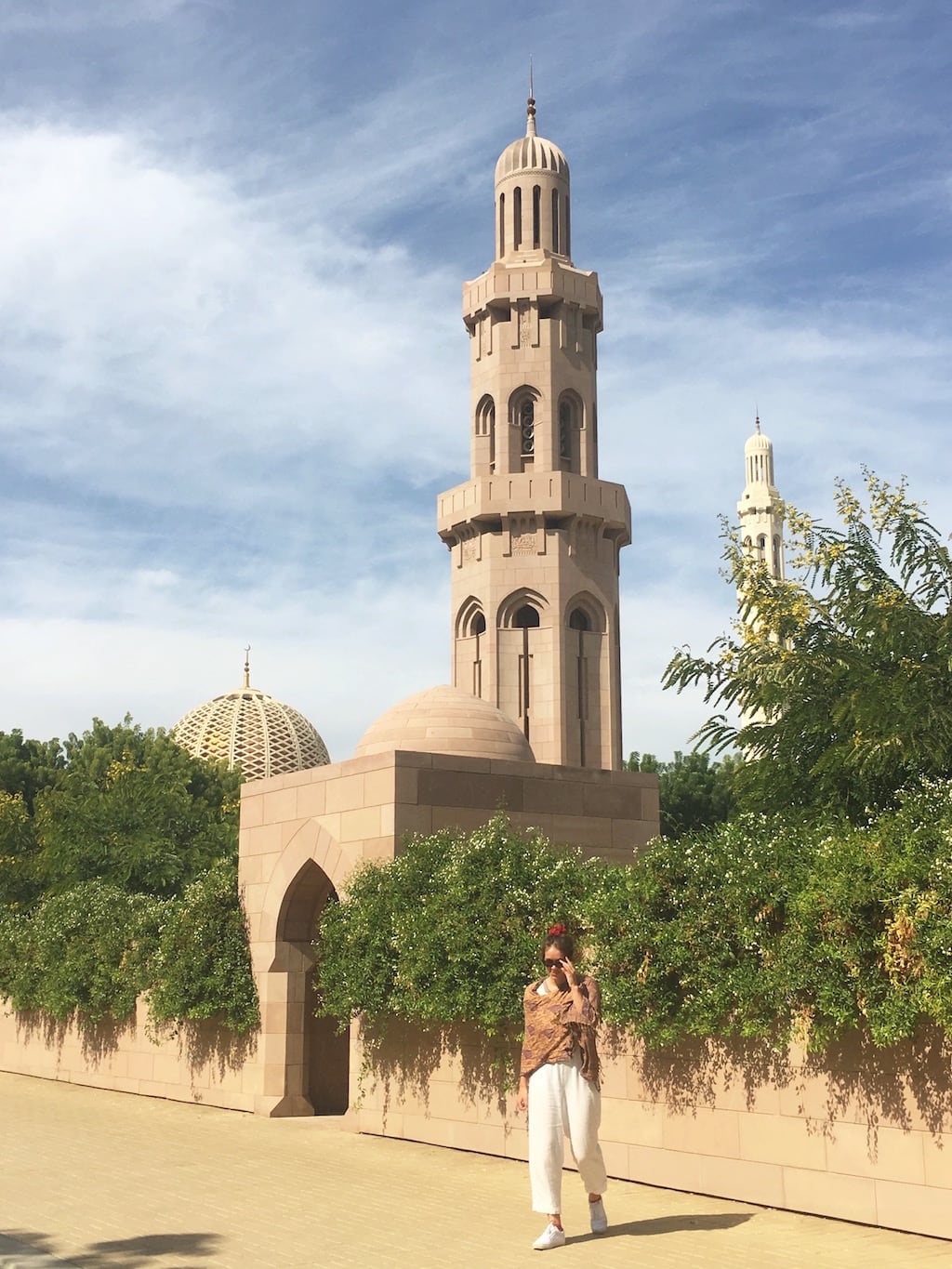 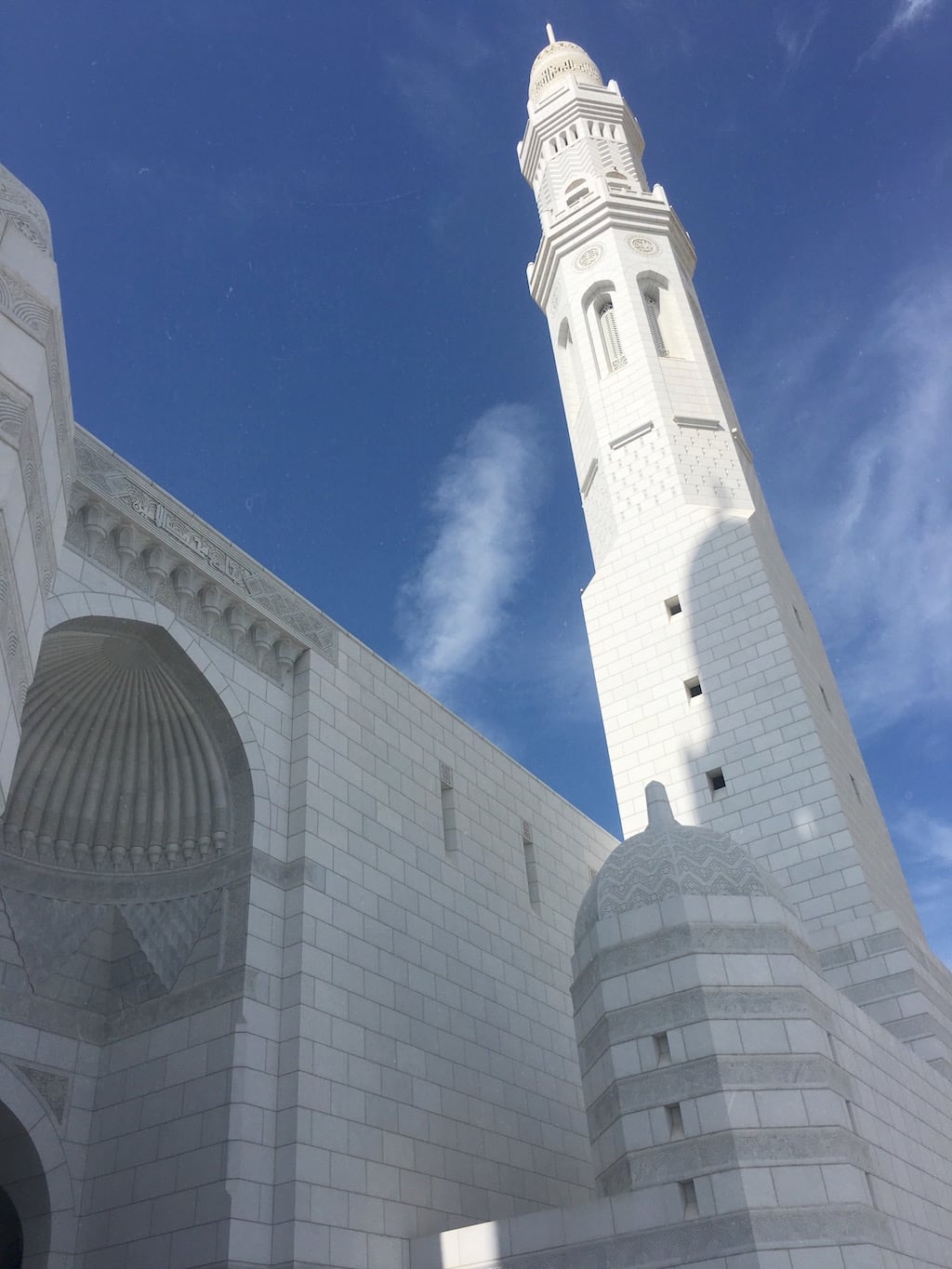 We then arrived back at the airport a little after midday for our flight to Kathmandu which was 3 hours and 15 minutes long. The sunset as we flew over Pakistan was seriously incredible. 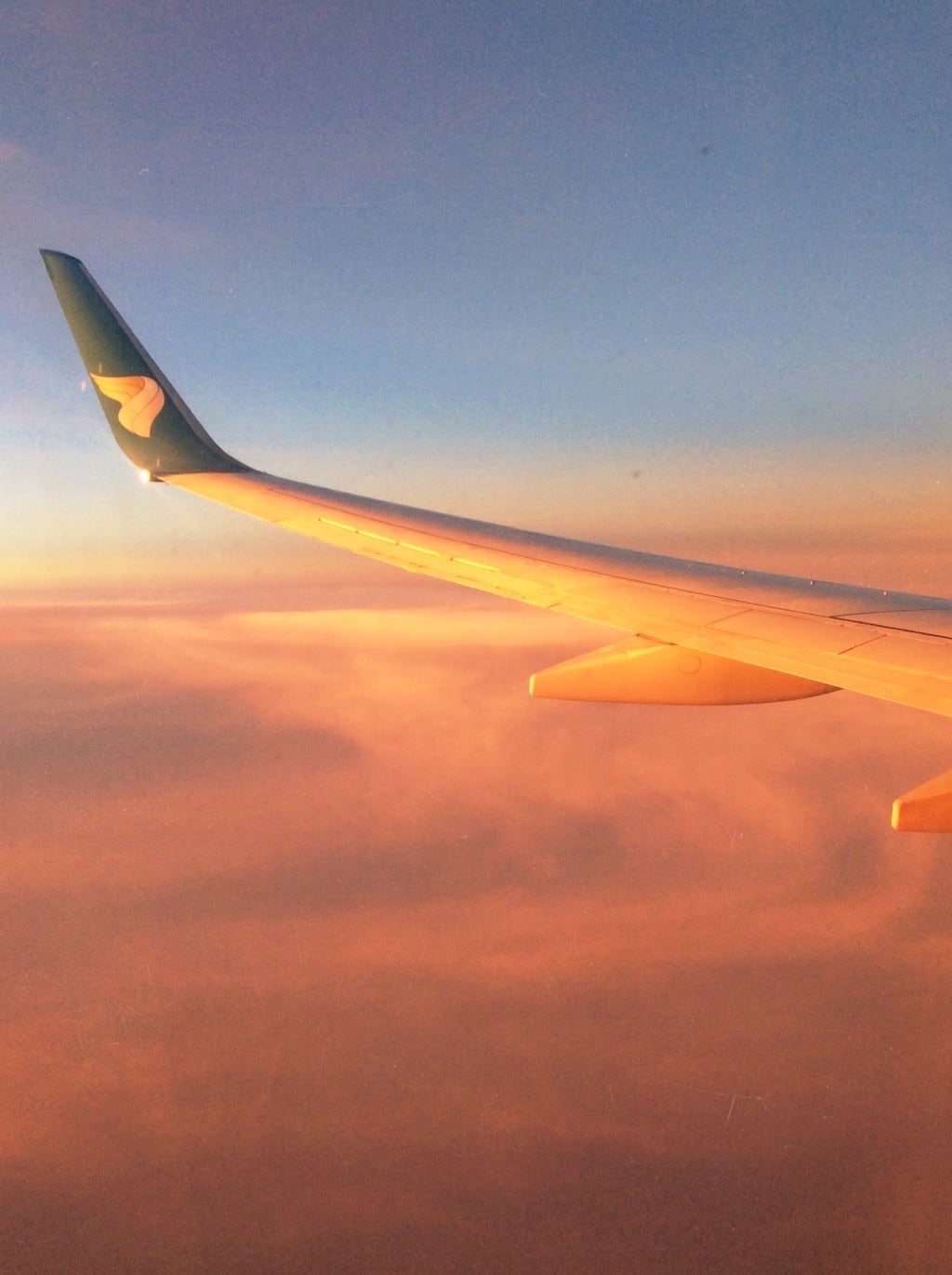 If we had had a few more hours, I would have loved to have visited Wadi Ash Shab. It’s only an extra 20-minute drive from the Bimmah Sink Hole but it’s a 40-minute walk to reach the infinity pools. It looks stunning.